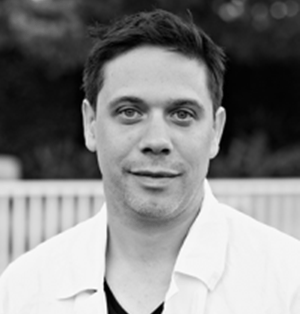 In an endless drive to catch people's attention, the online world has over the years become crowded with advertising pop-ups, banner ads and sponsored ads. Recent reports point to global advertising spending in 2015 amounting to US$650 billion. From a general perspective, entrepreneur Julian Corbett loves advertising as it feels so much of what everybody enjoys - from organizing the world information through Google, biggest sporting events such as the Super Bowl or Premier league, and connecting the world through Facebook – are all pretty much exclusively paid for by advertising revenue. And yet, this exchange is being challenged by consumers. "The dislike of ads is growing. It is ever more interruptive, it slows down the Internet, it invades your privacy...and we see consumers pushing back with ad blockers growing at exponential speed," he argued.

Julian wanted to bridge the gap between physical and digital adverting. With so much focus on innovation that has gone towards e-commerce, Julian, through his new venture called Ksubaka, aims to address consumers, digitally savvy or not, and provide them a meaningful experience in-store.

Ksubaka, founded in 2013, is Singapore-based with offices in London and Shanghai.

"Ksubaka is all about creating Moments of Joy for shoppers. The ability to provide a better experiential journey for shoppers where we can delight and reward people who are making purchasing decisions is an exciting mission," said Julian.

Ksubaka deploys 'playSpots' in stores where interactive apps that leverage the language of games are launched on interactive displays. They tell brand stories and invite shoppers to continue the journey on their phones. According to Julian, they have 10 strategically playSpots located throughout a hypermarket and have millions of shoppers who have experienced Ksubaka already.

"Every single store has over 1,000 shoppers a day engage on our playSpots. There is no limit to the scale of this approach as every new store is a new audience. By end of this year in China alone we will have some 30M shoppers monthly completing MoJos (Moments of Joy), making this one of the largest engagement platforms for brands there is," he noted.

Julian believes that if consumers are told a real story, and/or if they are given a real experience, as opposed to looking on YouTube at others having an experience, they connect emotionally. It allows them to have a far more effective and sustainable way of positively engaging audiences.

According to Julian, the concept of Ksubaka is very new as to date, advertising has been separated between above the line (media) focused on building brands and reasons to believe on one hand, and store that is below the line (trade) that is driven by promotion on the other hand.

"You want to get conversion at the point of purchase, but more often than not the tool to achieve that is buy 2 get 1 free and this not only erodes margin it devalues brands. Our solution bridges this and combines three pillars for increased sales and market share: 1/ real understanding of reasons to believe in a product through interactive engagement, 2/ ability to convert shoppers by having them pay attention and link from our displays to mobile for targeted promotions and 3/ data insights through real-time analytics and surveys that capture in the moment what are shoppers sentiment," he explained.

Julian started Ksubaka after having grown video game publisher Take-Two Interactive in Asia many fold. He was looking for new ways to grow the market and have better ROI on their substantial marketing spend. He shared that it occurred to him suddenly that they simply do not have the right kind of tools and management of experiences available in the location they know 70% of buyers change their mind. Thanks to his background in entertainment, technology, games and mobile, he thought he could create a media space that would be revolutionary.

Julian was part of the team at the inception of RealD, a firm that develops the RealD 3D technology, used for projecting films in stereoscopic 3D using circularly polarized light. In 2010, it did a big exit on New York Stock Exchange.

"The first mandate for me was can we create advertising that people actually like and that shoppers would actively seek out. Gamified experiences were the obvious choice as “play” has been badly used to date " he said.

Through the help of his brother Giles, who has a massive background on building mobile companies and scaled platforms, most recently for the Orange Group, Julian is confident they have a solution that can truly scale massively as a platform and be deployed globally. Giles serves as COO of Ksubaka.

Being successful on some prior exits, Julian was able to provide seed funding for Ksubaka. They then raised US5M with some highly connected individuals with stellar backgrounds in traditional and digital advertising, platform and retail. They just announced a joint venture for China with Hong Kong-listed firm, Fullshare Holdings, that has injected 100M RMB ($21.2M) just for 2016 for Ksubaka to grow massively there.

Ksubaka is now in scaling mode, growing 100% month over month and bringing in the talent to grow the company to fulfill its vision. They are currently looking at 3 markets, 2 in Asia, that they intend to roll-out in coming 6 months.