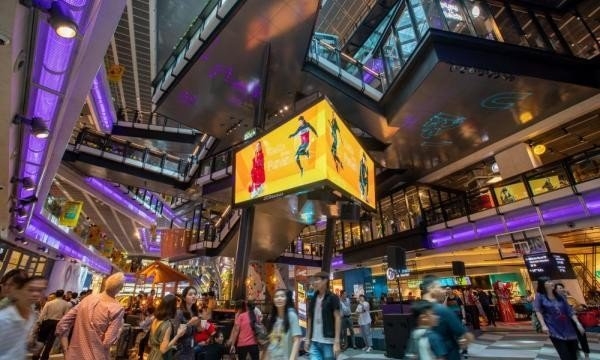 The record-breaking growth was due to a much lower base in April last year, the start of the Circuit Breaker period.

Retail sales surged by 54.0% in April, owing to the low base of April last year, according to latest government data.

Total retail sales value for the month was $3.3b, or $2.8b excluding motor vehicles.

This is a massive increase from the -55.3% recorded in April last year, the beginning of the Circuit Breaker period. However, sales figures still fall below pre-COVID levels, when physical stores were closed for most of the month.

All retail industries recorded significant year-on-year increases, except for mini-marts & convenience stores and supermarkets & hypermarkets, which fell by 16.8% and 30.2% respectively.

“A mix of improving consumer demand and a low base observed in April 2020 were key drivers for the record high growth. Retail sales plummeted 40.0% y/y in April 2020, given the implementation of circuit breaker (7 April – 1 June 2020),” said UOB economist Barnabas Gan.

He added that the implementation of Phase Two and Phase Two (Heightened Alert) would only have a transitory impact on retail sales in the coming months.

“Retail demand is expected to take a negative knock-on effect from the stricter social distancing measures in May and June’s retail sales reading, although it should still register positive year-on-year growth during those months,” Gan said.

Moving forward, Lee said retail sales growth for the rest of the year will be sluggish.

“Even if Singapore manages to return to Phase 3 as scheduled, the continued restrictions on movement as well as lack of tourist arrivals mean retail sales for the rest of 2021 will likely be sluggish,” Lee said. “The on-off virus outbreaks globally and regionally will continue to rear its head and caps any strong

recovery momentum from a sector that is typically dependent on high human density and turnover.”