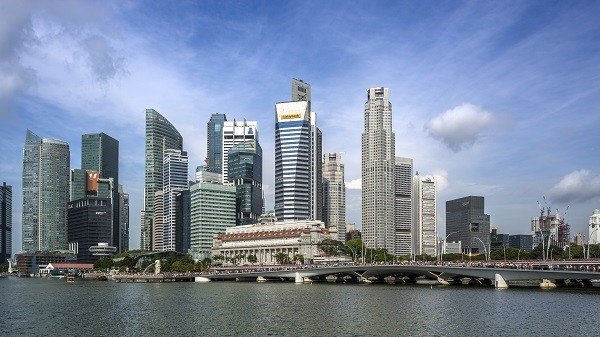 Bank stocks were amongst the strongest industries in the global stock market in the first half of the year.

Singapore bank stocks have stayed strong in the first half of the year (1H21), according to a report by the Singapore Exchange (SGX).

Net institutional and net propriety inflows for the three banks were at $1.39b for the first quarter and at $468m for the second.

“The trio of DBS, OCBC, and UOB have consistently reported more than S$5.0b in combined quarterly net interest income for the past three years. For its [first quarter, fiscal year 2021 (1QFY21)] (ended 31 Mar), DBS’ quarterly net profit crossed S$2b for the first time in its history, maintained by the bank to be underpinned by strong business momentum and stabilising asset quality. OCBC noted its 1QFY21 (ended 31 Mar) saw a robust set of results, underscored by the strength and resilience of its banking, wealth management, and insurance franchise. UOB highlighted its 1QFY21 (ended 31 Mar) saw a solid rebound in results, on the back of broad-based growth across the diversified franchise,” SGX said.

For 2021, the trio increased digitalisation, broadened wealth management services, and continued to focus on supply chains and growth markets.

Moving forward, SGX sees an increase of daily trading activity in DBS shares by up to 6% in the second half of the year.

“In the month of July through to 8 July, DBS shares have seen increased turnover, contributing 57% of the combined S$256 million in average daily turnover of the bank trio, with the difference evenly divided between OCBC and UOB. This compares to DBS comprising 49% of the combined S$278 million average daily turnovers of the trio in 1H21, with the difference again evenly divided between OCBC and UOB. Over the first six sessions of July, DBS average daily trading turnover was S$144 million, compared to S$136 million in 1H21,” SGX said.

OCBC and UOB are expected to post their financial results before 4 August, whilst DBS will report on 5 August.