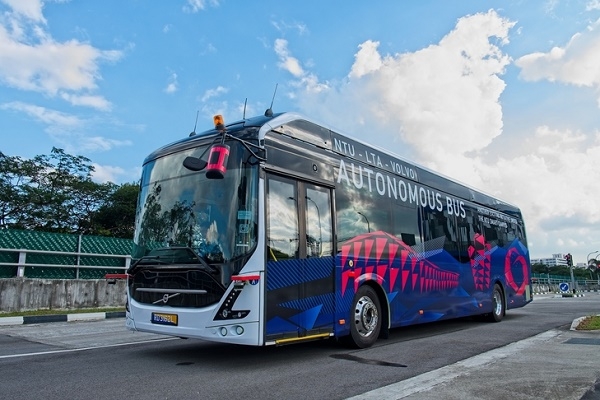 The 36-seat single-deck bus will soon begin trials at the NTU Smart Campus.

Nanyang Technological University Singapore (NTU Singapore) and Volvo Buses have launched what they claim to be the world’s first full size, autonomous electric bus as part of the university’s partnership with the Land Transport Authority (LTA) to develop and conduct autonomous vehicle bus trials for fixed route and scheduled services, an announcement revealed.

Also read: Singapore trails only behind Netherlands in readiness for driverless cars

The bus also comes equipped with a Volvo Autonomous Research Platform software that is connected to key controls such as its navigation system, as well as multiple sensors. This includes light detection and ranging sensors (LIDARS), stereo-vision cameras that capture images in 3D, and an advanced global navigation satellite system that uses real-time kinematics.

“This is like any global positioning system (GPS), but uses multiple data sources to give pin-point location accuracy of up to one centimetre,” the parties explained. “The system is also hooked up to an “inertial management unit”, which acts like a two-in-one gyroscope and accelerometer, measuring the lateral and angular rate of the bus. This will improve its navigation when going over uneven terrain and around sharp bends, ensuring a smoother ride.”

Plans are in place to test the bus at NTU and to subsequently extend the route beyond the NTU campus. As part of the public trials, Singapore’s public transport operator SMRT will play a key role in determining the roadworthiness of autonomous vehicles on public roads.