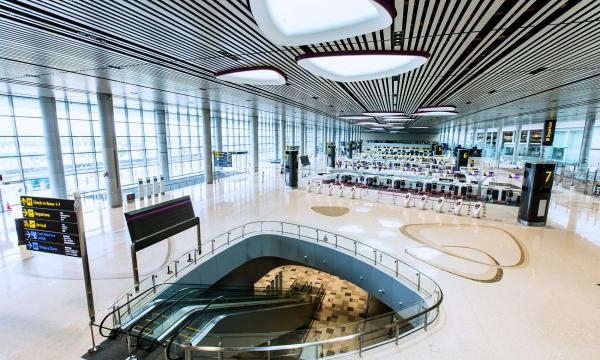 Users will shoulder the increases, and airlines are not resisting.

Changi Airport introduced on 1 July 2018 an escalation schedule for its fees through April 2024. The fee increase encompasses two components: passenger service and security fee (PSSF); and the introduction of an airport development levy (ADL).

It is unclear if the fee escalation will stop in April 2024. Aviation levy paid to the government will remain unchanged for the entire duration. The ADL is fixed at $10.8 for outbound passengers and $3 for transit passengers.

Airline-related charges, such as landing, parking, and aerobridge fees will go up by 1% every year up till April 2024 noted Maybank Kim Eng analyst Mohshin Aziz. Moreover, Changi Airport’s total tax for outbound passengers is US$39.8, ranking it the second highest in the region after Sydney Airport.

Aziz added, “More interesting is Changi’s revised tax for outbound passengers ranks it higher than Tokyo, Dubai, and Hong Kong. Assuming other airports’ tax remains unchanged, Changi’s tax will be the highest and will exceed Sydney Airport in 2023, based on its fee-escalation schedule.”

The ADL and surplus profits from operations will be channelled into the Changi Airport Development Fund (CADF), which had an initial size of $4b thanks to the government’s seed capital. The ADL will provide $2.3b-2.5b to the fund by the end of 2024. Collectively, the CADF will swell to over $10b by the end of 2024.

“The escalation of PSSF will ensure Changi Airport’s PATAMI will be in excess of $700m per annum,” Aziz added.

By pushing up the tax significantly unto passengers, Changi Airport Group is taking a rather bold and nonchalant view, Aziz said. “Singapore joins a growing list of countries to impose the highly controversial ADL, alongside with Hong Kong, the UK, India and Maldives. In essence, the ADL forces passengers to prepay construction works for a future facility,” he added.

The ADL has always been a contentious issue in almost all the countries it was introduced, the analyst noted. “Airlines, tour travel associations, and the International Air Travel Association (IATA) were particularly unhappy as the steep cost increase depresses demand. When this ADL idea was mooted in the UK and India, it was challenged in the courts by the airlines,” he added.

The courts, however, ruled in favour of the airports and the ADL prevailed. “When the ADL idea was mooted in Singapore, there was neither formal complaint nor any resistance from the airlines whatsoever,” Aziz said.

Scoot has already raised its fares by about 5% on average, citing the 40% YoY surge of fuel prices to US$90 per barrel on average. Fares will also inch up between $5 and $30 per sector, depending on flight duration started September.

In a response to Singapore Business Review, Jetstar Asia also indicated that customers will inevitably see fares increase. “Jetstar Asia is working hard to absorb as much of these new charges as possible to limit the impact it has on our customers. We will also consider adjusting our network to try and minimise the impact,” a spokesperson added.

FSCs in other airports that had significant fee hikes experienced a slowdown for about two to three years before recovering passenger growth. On the other hand, low-cost carriers (LCC) took five years to recover from declining passenger traffics. LCCs currently take up 30% of Changi’s traffic and their slice of the pie is expected to shrink to 14% to 27% in the next two to three years.

The FSC market, however, should remain fairly stable and should fairly track its historical average growth rate of 3.2%, Aziz noted. “After combining the FSC growth and LCC decline, we think Changi Airport’s total traffic will range from -1% to +3% p.a. in the next three years and average at only 1.2% growth for 2019-2021F. This is well below its historical average growth rate of 5.2%.”

Aziz added that the risks faced by budget airlines could even worsen if Malaysia Airline’s budget arm Firefly aggressively grabs market shares for Singapore to Peninsular Malaysia flights when it transfers its operations to Seletar Airport by late 2018 due to lower operating costs and lower passenger tax.

Seletar Airport charges are also much lower in comparison to Changi Airport plus it does not impose ADL. “This is understandable as Seletar Airport is a much simpler facility with far less amenities. For example, the airport does not utilise a flight-landing instrument and requires pilots to make a direct approach,” the analyst added.