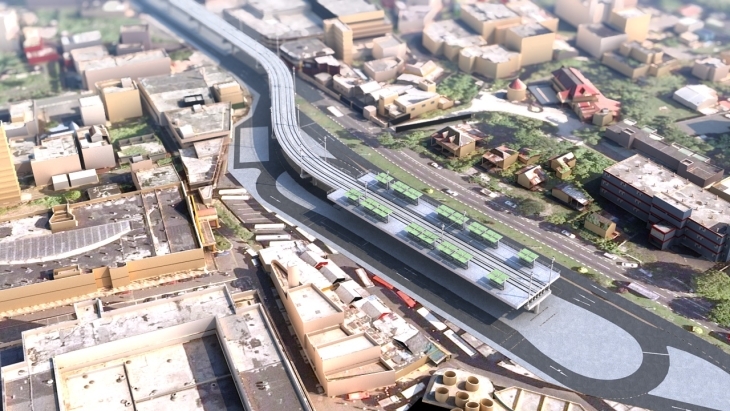 Improved training is needed amidst wave of new projects and developments.

Singapore Business Review’s ranking of the largest engineering firms in the city-state reveal that hiring activity from big firms counterbalanced the smaller firm’s staff reductions with the total number of engineering professionals at 375, just one personnel higher than last year’s 374. Surbana Jurong remains the largest firm with the total number of engineers at 94 and total staff at 2,985. Their headcount ballooned by 34% from 70 registered engineers in 2016, following the merger reported earlier this year with KTP Consultants.

AECOM Singapore remains second despite experiencing a decrease of four engineers. Meanwhile, CPG Consultants jumped five spots from eighth to third as it hired 10 more engineers. This pushed WSP Consultancy down one spot to fourth with 25 engineers compared to last year’s 33. WorleyParsons saw the biggest decline in headcount slashing 44% of its 25 engineers in 2016 down to 14. They slipped 6 spots from clinching last year’s 4th spot down to 10th for this year.

The rise of artificial intelligence, robotics, high-tech assembly lines, drones, 3D printing, autonomous vehicles and transport systems, and augmented reality are also requiring engineers to upskill. The demand for engineering skills has evolved such that it requires not only people who know the trade from history but who are also well versed in the age of big data and analytics.

Underskilled workforce
Despite huge demand for talent from public sector projects such as the Mega Port at Tuas, Changi Airport Terminal 5, and MRT’s Circle Line 6, skilled engineers are not enough in number to carry out the planned innovations. To address this challenge, some of Singapore’s top engineering and construction firms have been trying to increase the number of highly-skilled engineers in their talent pools. Over the past year, Surbana Jurong welcomed 24 new engineers, whilst CPG Consultants and Aurecon Singapore hired 10 and two, respectively. Steve Liew, country manager, Aurecon, Singapore said that the city’s engineering talent pool has shrunk, and consequently, competition for the best talent has become tighter.

Challenging economic conditions are also a factor in setting higher expectations in terms of skills and quality of work. Price cuts in order to compete are not the way to go, as they only create unsustainability in the long term. Firms are encouraged to take the more tedious route of training their employees and creating a culture of innovation within their ranks.

Digital divide
Singapore’s transformation into a Smart Nation needs a simultaneous transformation of its engineering labour force. According to Edwin Khew, president, The Institution of Engineers, Singapore (IES), there is a greater emphasis on deep-skilled training for engineers and technicians to build a futureready, deep-tech engineering workforce. Liew said that digital disruption is the biggest change their firm has ever encountered, grappling not only the company, but more significantly its clients.

For him, the question that needs to be constantly asked is how to commercialise the opportunities presented by digital disruption whilst keeping themselves relevant as engineers and as a business. “A significant change is brought about by technological disruptions that have intensified the need for engineers to innovate. This trend has picked up pace especially in industries such as fintech and deep-tech engineering systems, as Singapore strives to remain a leading global financial and hightech manufacturing centre in Asia by harnessing technology and sharpening its innovation edge,” Khew added.

With the onslaught of major digital developments, cybersecurity is also expected to become a major issue for stakeholders. Firms are anticipating the introduction of Singapore’s Cybersecurity Bill in 2018, an event that will push the engineering sector to raise their cybersecurity standards in order to benefit greatly from digitalisation.

Khew said that Singapore has seen the creation of tripartite collaborations such as the Built Environment SkillsFuture Tripartite taskforce aimed at bringing together industry, government and the Institutions of Higher Learning (IHLs). “We send our bright young engineers every year to university campuses to share his passion and career journey. Through this, we hope to attract more graduates from engineering faculties to join engineering as a career,” Liew said.

Education first
Meanwhile, universities are also catching up to the trends. Khew said  that IES is seeing more engineers trained in sub-disciplines and specialist fields such as aerospace engineering, biochemical engineering, pharmaceuticals and mechatronics in the workforce.  “IHLs are also developing more curriculum and programmes beyond electronics, mechanical, civil and chemical engineering to support our evolving economy. For example, the Singapore Institute of Technology is now offering degree programmes in Sustainable Infrastructure Engineering and Telematics to train more engineers in modern transport engineering to advance our transportation infrastructure,” Khew added.

Furthermore, Singapore also needs to prize its technicians, who are a key group in the engineering value chain. Khew said Singapore has seen a growing need to train and certify these technicians with initial efforts already launched by the government. To support efficient public bus transport, the Land Transport Authority (LTA) and other partners, including IES, introduced new certification for bus technicians in order for them to be more professional and competent.

“These technicians and technical professionals will be registered by IES and placed put on a pathway whereby their certificates will be recognised regionally in ASEAN and in time, converted to professional qualifications akin to engineers,” Khew added. Despite challenges in staffing, firms continue to clinch significant projects as the economy tries to stabilise.

Aurecon’s two additional engineers are a result of the company winning sizeable new projects in data centres and universities. Liew added that this is also part of their strategy to maintain a steady number of engineers for its clients. In particular, Aurecon has been successful in its infrastructure advisory project with the Singapore government, to help Mauritius plan and build their first light rail system. The project, which has progressed to the design and construct stage, is in line with the firm’s strategy to design better futures and make a real difference in the communities in which they work.

Build, build, build
Aside from Aurecon, other firms are also seeing more projects in the pipeline. According to Wong Heang Fine, group chief executive officer at Surbana Jurong, the company continues to ink contracts for multidisciplinary projects across diverse sectors not only in Singapore, but in the entire region. “Our new projects include collaboration with Vietnam’s Phu Long on masterplanning, coastal engineering and project management, engineering design services for the Yangon-Mandalay highway, a new fresh food distribution centre for NTUC, and a housing township project in Yunnan, China,” Wong said.

“2018 will be an exciting year for engineering. Mounting pressure for Singapore to fuel its economic growth will open up many opportunities for engineers and the high tech industry to contribute and be successful. Engineering will remain a key enabler to establish and underpin the growth of future technologies which will control the way we live, work and play,” IES’ Khew said.