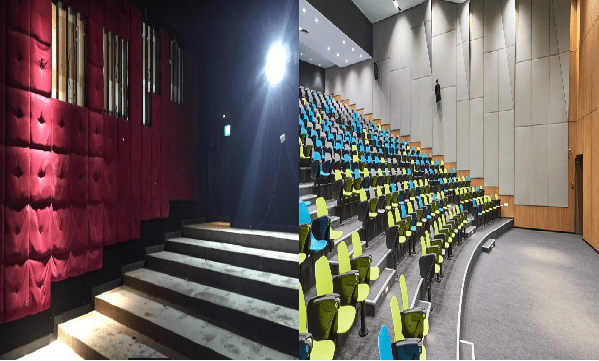 From old cinemas to classrooms, military barracks to a hotel, here's how repurposing offers a solution to Singapore's ageing buildings

Old buildings in Singapore are getting a new lease on life as they get repurposed into classrooms, and even hotels.

Take for example an old cinema house which has been transformed into discussion rooms by PSB Academy in their City Campus at the Marina Square.

“The open areas we saw were perfect for holding classrooms and also offer wide shared spaces and walkways that would be suitable for students to hold team meetings and discussions,” PSB Academy CEO Derrick Chang told Singapore Business Review. “The old cinema halls already had configurations that would be conducive for lectures, with their tier structure, wide walls for projection screenings,and wheelchair-accessible features.”

These features, according to Chang, made PSB and their landlord Marina Square Holdings see the chance to revive a large and quiet corner of the shopping mall, at the same time offering students the non-curricular facilities they need like food and entertainment, as well as convenience to the city centre.

Architects 61 which handled the refurbishment of the said discussion rooms had to take over a pre-existing cinema, a bowling alley, a pool and billiards centre, as well as an office to combine the units into a singular, cohesive school campus within Marina Square Shopping Centre. The firm narrated that one of the issues of the site was its very limited exposure to daylight due to the project site’s large floor plate and limited windows. This was largely brought about by the design of the existing building and the original purpose for which it was designed for - a cinema.

With this, the firm integrated dynamic lighting into the Town Hall located in the heart of the campus.

Also read: Here are three new Sentosa hotels to watch out for in 2019

With the burgeoning demand for space in Singapore, ideas like PSB's redevelopment may provide a relief for the land-starved city. Currently, Singapore’s land area is confined to around 700 sq km. In this case, Hong Kong, with a total land area of 2,754 sq km can fit in around three Singapores.

Seeing what can be repurposed
In Singapore, there are generally two categories for repurposed buildings, explained Architects 61.

Conservation buildings situated generally in prime areas belong to the first category. “Its repurpose is made possible when Urban Redevelopment Authority (URA) allows other usage for the buildings, e.g. for commercial, cultural usage,” the firm explained. “The sustainable value to refurbish and revive the heritage buildings can either be or a combination of commercial and cultural.” Meanwhile, the second category will be driven primarily by cost-benefit analysis.

“Cost-benefit analysis will be looked at from various aspects like condition of the buildings, structural integrity, structural layout, extent of refurbishment required, locality, commercial value, long term maintenance, remaining lease period etc to determine the feasibility of repurposing the property,” they explained.

In Sentosa, a new swanky hotel slated to open in 2019 became another product of repurposing. Far East Hospitality’s upcoming Barracks Hotel was originally built as a British military outpost until after the World War 2. Later on, the First Singapore Regiment Royal Artillery (1FSRRA) was established and assembled in the area by 1948, according to the hotel operator. 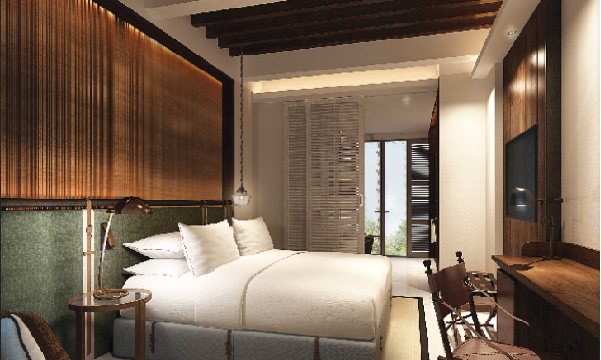 It was in 2012 when Far East Organisation made a bid for the site to develop into a hotel. In the course of the property’s development, the architects had to tap on a consulting services engineer to groom the building into serviceablility conditions whilst taking into account the original integrity of the heritage buildings, said Arc Studio Architecture +Urbanism director Laurence Liew.

“We had deliberately kept the exterior appearance as close to the original as possible because we felt it was the best way to manifest its heritage and its structured simplicity underscoring the military-linked lineage,” he explained, citing the hotel’s recreated Parade Lawn which has been the historical space where officers marched and assembled.

With 40 guest rooms where rooms on the ground floor offer direct access to the pool and jacuzzi, Barracks Hotel is zeroing in on international visitors especially those coming from Australia, China, Germany, India, Japan, Russia, UK, and US.

Moving forward and transformation
Refurbishments have not only been tried for large-scale developments such as that of PSB Academy’s discussion rooms and the upcoming Barracks hotel. In fact, a cluster of old shop houses have been refurbished into hotels, restaurants, offices, and retail shops in Clarke Quay, Boat Quay, Chinatown and Tanjong Pagar, Architects 61 said.

“For heritage buildings sited in prime city areas, developers are motivated to repurpose them for higher value commercial usage and these buildings continue to remain as activated spaces from a city planning point of view,” they explained.

In the case of PSB Academy’s discussion rooms, Chang said that the students appreciate the non-conventional use of a shopping mall for their learning and development.

“Most appreciate the campus’ closeness to the CBD as many live and work nearby,” he said, noting that the facilities have witnessed ceremonies to performances and even TED Talks. “We love that they can use the space so creatively and to the benefit of the larger student community.”

More than upgrading higher value for old developments, Architects 61 also believes that repurposing properties extends the life cycle of a building when it has outlived its intended purpose and can result in a lower carbon footprint, making the process aligned with Singapore’s push to be a sustainable nation.

“Repurposing of existing buildings contributes to the gentrification of neighbourhoods. For a fast-paced, ever changing economy like Singapore, it allows for quick turnaround for SMEs to adapt, whilst having a reduced impact to the existing built environment,” the firm added.

Against the backdrop of increasingly old buildings, Architects 61 thinks that more cases of repurposing will unfold in the future as Singapore continues to builds and re-build its story as a nation.

“Especially so for heritage buildings that are historically, culturally, architecturally significant and valuable but their original intended purpose has been obsoleted, these buildings need to be appropriated to present-day needs to continue to remain relevant as part of Singapore’s built environment,” they explained.