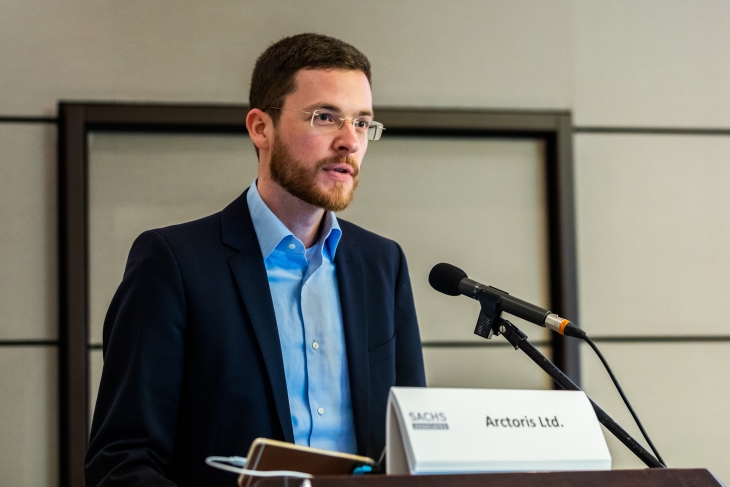 Drug discovery is slow, costly, and has steep failure rates. Billions are spent each year on R&D by biotech companies and pharmaceutical corporations, but only a handful of new drugs are approved. Research productivity in the biopharmaceutical industry has been declining for several decades, with studies done by Bayer and Amgen revealing that only 10-20% of all published research findings are actually reproducible.

In recognition of its groundbreaking approach to accelerating and improving drug discovery, Arctoris has won the Innovator of the Year award in the Biotech category at the recently concluded SBR Management Excellence Awards 2020.

Its unique setup allows Arctoris to generate superior quality drug discovery data on demand, expediting project timelines for its clients and partners worldwide. Founded in Oxford in 2016, the Arctoris team comprises experienced drug discovery researchers, senior robotics engineers, and seasoned business leaders from institutions including the University of Oxford, AstraZeneca, and GlaxoSmithKline. Arctoris has raised US$10m from world-class investors, including life sciences technology VCs and angels such as the former CFO of Google & current Chairman of Twitter, and is led by Chief Executive Officer Martin-Immanuel Bittner MD DPhil.

Dr Bittner graduated as a medical doctor from the University of Freiburg in Germany, followed by his DPhil (PhD) in Oncology as a Rhodes scholar at the University of Oxford. He has extensive research experience covering both clinical trials and preclinical drug discovery and is an active member of several leading cancer research organisations, including EACR, AACR, and ESTRO. In recognition of his research achievements, Dr Bittner was elected a member of the Young Academy of the German National Academy of Sciences in 2018.

Commenting on the award, Dr Bittner says “We are immensely proud to have been awarded the Innovator of the Year award in the Biotech category at this year’s SBR Management Excellence Awards. Over the past four years, Arctoris has grown from an early-stage startup to a global company with operations in the UK and Singapore serving clients on three continents. We have already established partnerships with some of the world’s leading drug discovery companies, and we look forward to continuing our rapid growth in 2021 and beyond.”

With its cutting-edge platform and services, Arctoris is ushering drug discovery into a new era, making high quality, reliable data available to researchers around the world.