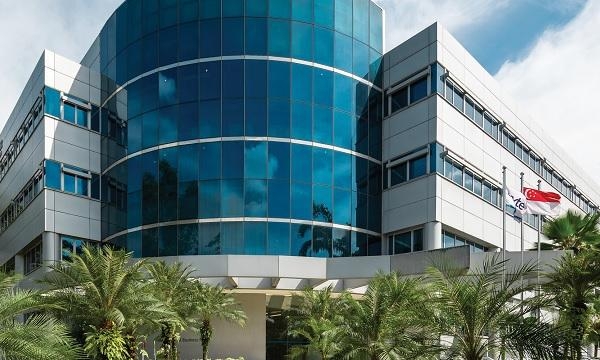 Quarz and Black Crane to reject Sabana and ESR merger

They questioned whether the merge was really in the best interest of shareholders.

Both firms collectively own more than 10% of the units of Sabana REIT.

The letter exclaimed their concerns on the deal’s substantial discount of 26% and 34% to Sabana's NAV at 30 June and 31 December respectively, saying that in the 18-year history of the Singapore REIT market with multiple takeovers/mergers, there has never been a single takeover/merger of a REIT target at such a substantial discount to book value.

Secondly, based on FY19 distributions after adjusting for Sabana's lower gearing, the proposed merger is potentially DPU dilutive for Sabana unitholders, Black Crane and Quarz wrote.

“However, Sabana and ESR claim that the proposed merger is DPU accretive, based on the comparison of H1 2020 distributions which have been significantly adjusted to account for COVID-19, although the basis of such adjustments have not been disclosed and may not necessarily be consistent,” it added.

The fund managers also stated that the proposed merger terms do not reflect that Sabana properties have significantly higher potential upside in terms of growing occupancy and undeveloped GFA versus ESR.

Further, they noted that Sabana Manager should have undertaken and could still undertake to enhance their distribution per unit (DPU) by removing Shariah compliance to reduce interest costs and increasing leverage to fund unit buybacks or make further investments.

Lastly, the approach from ESR REIT is opportunistically timed during the COVID-19 crisis, the letter said. “Given Sabana's strong balance sheet there is no imperative for Sabana to undertake a merger at this time. The merger should not proceed unless it is on terms that reflect the value of Sabana's underlying properties and are fair to Sabana REIT unitholders.”

“The proposed merger offer appears to be a bold attempt by ESR to potentially solve the conflict of interest issue at the expense of Sabana unitholders. The actions of Sabana's manager have potentially highlighted the conflict of interest complication we raised previously - ESR being, 1) the controlling shareholder of both Sabana and ESR REITs managers, and 2) together with concert parties being the top unitholders of both REITs with overlapping investment mandates,” both firms said.

Black Crane and Quarz further noted that a number of other actions do not put Sabana's manager in a favourable light in the context of a merger.

These include the decision of Sabana management not to abandon Shariah compliance despite calls to do so over many years, Sabana's very high level of dividend retention in its H1 2020 results, and Sabana not disclosing the level of provisions and allowances for impairments that was deducted from the gross revenue line in its H1 2020 results, the letter said.

The two firms also questioned the merger’s sale process, where they noted that there should be third parties such as other REITs, investment funds, corporate entities and individuals involved that are able to undertake proper due diligence, prepare and bid to purchase all or part of the portfolio at a price which is equal or higher than its book value.

They also mentioned that Sabana has one of the lowest gearing levels among S-REITs and has ample financial liquidity. Its rental income in H1 2020 has also demonstrated resilience during this COVID-19 period by declining only 7% on a YoY basis despite providing rental rebates to its tenants.

Sabana's rental income and NAV are also believed to have grown due to the completion of the retail component.

“It is thus hard to comprehend why Sabana's board and management would propose to 'panic-sell' at a substantial discount to book value which has been very conveniently and temporarily reduced from $0.57 to $0.51 per unit by the weaker market sentiments due to COVID-19,” the fund managers wrote.

“We believe that the argument that Sabana has historically traded at a substantial discount to NAV for a prolonged period and thus should agree to a lower takeover price is not justifiable. The historical discount to NAV can potentially be attributed to poor management decisions both under the sponsorship of the Vibrant Group and now under the conflicted sponsorship of ESR.”

The two firms also added that Sabana failed to timely execute on various strategies to improve the valuation of Sabana REIT. Besides the development of the retail component, Sabana has not executed on any strategic transactions since early 2019 despite substantial debt headroom.

“As the biggest independent unitholders who are not conflicted in the transaction, we are open for constructive negotiation with the bidder for a proposed takeover price in line with Sabana's NAV. We remind the board and management of Sabana REIT of their fiduciary duty to act and negotiate in the best interest of all unitholders,” the fund manager jointly stated.