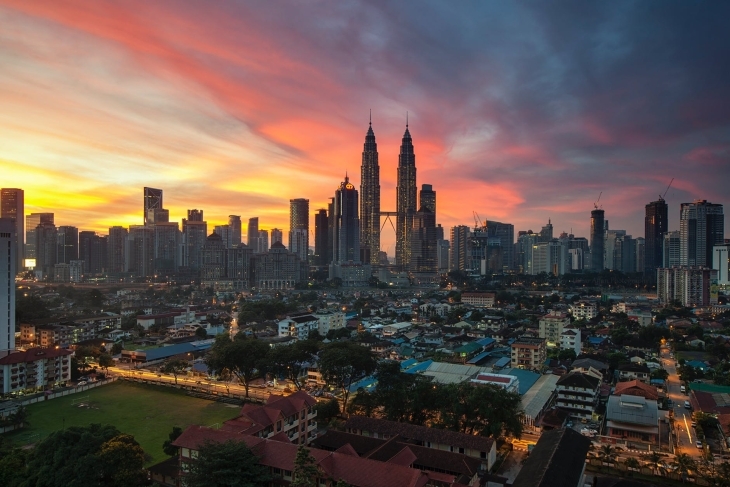 Malaysia is waving the white flag as GDP slugged to 3.6% YoY in Q4, the slowest growth rate in a decade, according to an OCBC Macro Research report.

The marked slowdown in crude petroleum and natural gas segments triggered the lag, which contributed 7-9% in overall GDP. Production in both sectors slipped 5% and 2% YoY respectively, whilst palm oil comprised just 3% of the economy.

The mining and agriculture sectors also slumped -2.5% and -5.7% YoY respectively as did exports (-3.1% YoY) for the same quarter.

But analyst Wellian Wiranto wrote that Malaysia has been experiencing headwinds even before the coronavirus struck the country. The fear of the virus might affect consumption, even though its immediate impact “would have to be keenly watched.”

“While Malaysia’s number of cases is hardly the top outside of China at this point, the ‘fear factor’ of going out and mingling about in general may present the ultimate challenge to the continued performance of this growth segment. In other words, to get a sense of how Malaysia’s GDP is going to be in Q1 specifically – hopefully we don’t have to talk about the virus any longer beyond that – we’ll have to watch whether the malls are empty or not,” he wrote.

Investments were still lukewarm, with contribution to overall growth remaining negative at -0.16ppt in Q4, although an improvement from Q3’s -0.92ppt.

Given the downticks, the central bank of Malaysia is hinting at possibly changing its forecast on March to 4-4.5%, a dip from the previous 4.3-4.8%, the report added.