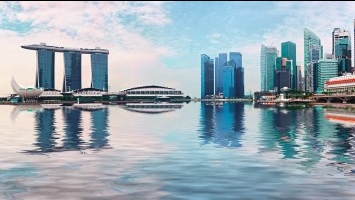 Exports expanded by a massive 15.9% in June, leading optimistic analysts to upgrade their forecasts for the entire year.

“The improvement on-month from May is encouraging given that it may warrant some optimism about the transition from P2(HA) to P3(HA) locally from mid-June as well as the step-up in the vaccination pace,” OCBC said in its report.

“Strong global demand for chips from data centres and5G markets and electronics products will likely extend into the second half of the year. We expect Enterprise Singapore to upgrade its NODX forecast, which is currently at 1% to 3%, during its quarterly update in August,” said Maybank Kim Eng in a separate report.

For the first half of 2021, exports grew by 9.9% year-on-year, driven by electronics exports, which expanded by 15.3%. Non-electronics was not far behind, with an 8.4% expansion.