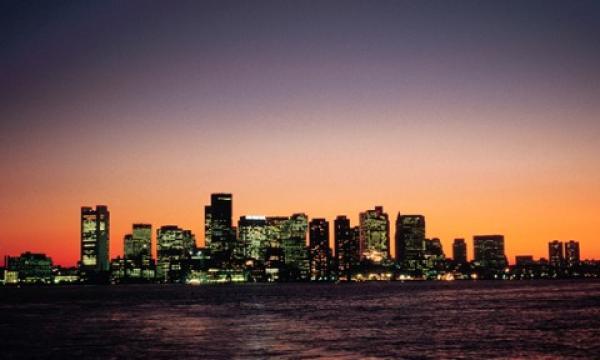 Targeting the scheme to tourism-related sectors would have high impact.

A scaled-down version of the Job Credit Scheme implemented during the global financial crisis (GFC) could be included in a potential second support package by the government to help businesses hit by the COVID-19 outbreak, according to a report by Maybank Kim Eng.

“We think a second [support] package should focus on addressing immediate cash flow needs and helping firms survive this crisis. More cash handouts for households will have a limited impact, as they stay indoors and cut back on discretionary spending,” the report stated.

They also stated that the scheme could target the worst hit hospitality and aviation sectors, as it would have high impact whilst still remaining within fiscal limits. 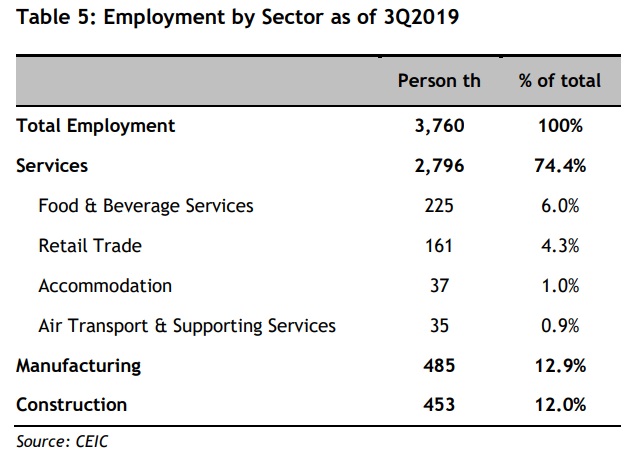 The $4.5b Jobs Credit Scheme in the GFC involved cash grants where the government subsidized part of the local wage bill, which provided an incentive for companies to retain existing Singaporean workers. The scheme was noted to have an immediate positive cash flow impact on employers and reduced the extent of involuntary unemployment for employees.

The report also recommends waiving three months of foreign worker levies on some of the worst hit sectors, noting that this will not detract from the longer-term restructuring and productivity drive.

This would be intended to help companies to stay afloat and be ready to capitalise on the upturn when recovery arrives. Applications for bankruptcy have already been surging by more than 20% in the second half of 2019. 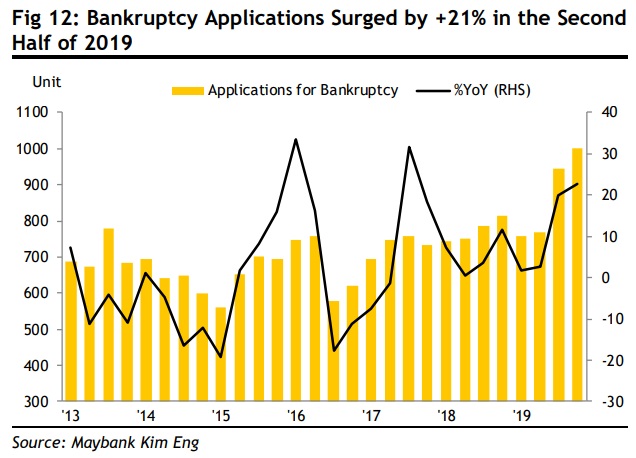 The government may also consider waiving the foreign worker levies for workers under mandatory quarantine, which could include workers engaged in the construction, offshore marine or manufacturing sectors.

Further, the government could expand the risk-sharing co-lending schemes, particularly including other sectors like the retail and F&B services in the 2020 Temporary Bridging Loan Programme.

Currently, the programme, where the government provides 80% risk-share on loans for up to $1m, only applies for tourism sector enterprises like hotel operators and travel agents.

The government could also relax some of the macroprudential measures, especially the loan-to-value (LTV) ratio limits, which could provide smaller businesses and lower and middle- income households easier access to cheaper liquidity needs.

Interest and mortgage rates have been falling, but access to financing remains tight partly due to lower LTV limits of 75% for first time buyers and 45% for second homes. “We think these measures penalise and discriminate against the lower and middle-income households, which have a far harder time accessing cheaper forms of credit,” the report noted.

Finance Minister Heng Swee Keat earlier said that the government is prepared to launch a second support package if the conditions worsen.

Maybank Kim Eng projects the GDP to contract 0.3% in 2020 but recover 2% in 2021, dragged by supply disruptions and sharp drop in China demand and visitors, followed by a collapse in demand in the US, Europe and the rest of the world.

The Monetary Authority of Singapore (MAS) is also expected to ease to a neutral bias or zero S$NEER appreciation in April, on the back of a looming recession and deflationary pressures. The S$NEER is currently trading at around 0.8% below the implied midpoint.