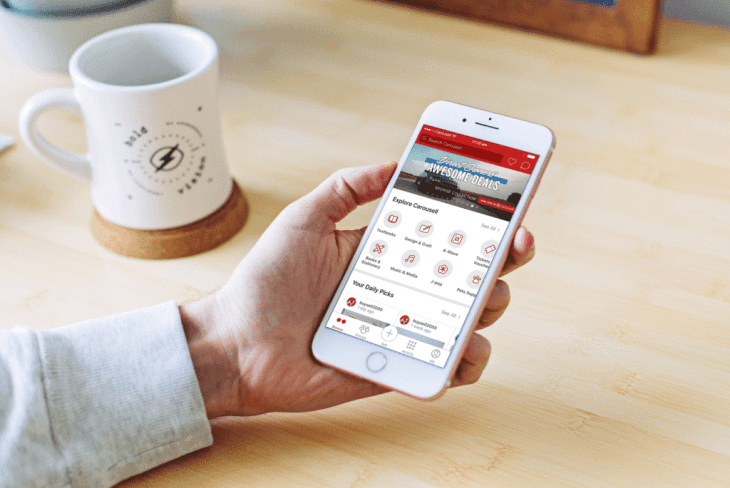 These Singaporean companies are poised to become the next unicorns

Online marketplace Carousell is one of the main contenders.

Singapore is poised to produce the region’s next unicorn, according to PwC’s APEC CEO survey which found that 64% of Singapore CEOs felt that the Lion city’s economy was perfect for unicorns to breed and thrive thanks to its macroeconomic strength and stability, talent pool and pipeline which was higher than the 31% measured across APEC.

Singapore is currently home to four prime unicorns – Grab, Sea, Lazada and Razer – which have a combined market value of US$20b out of the 10 unicorns produced in Southeast Asia, according to a report by Bain & Company.

Grab, which has already been promoted to decacorn status, began its humble beginnings as a ride-hailing app that since expanded into it positioning itself as Southeast Asia’s ‘superapp’ following recent deals with global banks to incorporate a wider range of payment options for users through its e-wallet GrabPay. The firm also announced it will roll out its remittance service in early 2019 to capture the region’s remittance market that was estimated to be worth $70b in 2017, data from World Bank showed.

Second-ranking Internet gaming unicorn Sea on the other hand lost its footing after reporting a $299.82m (US$218m) net loss in Q3.

Who are Singapore’s potential unicorns?
A separate report from Tech Collective cited how online property platform Property Guru, logistics firm Ninja Van and community marketplace Carousell are poised to be Singapore’s next unicorn.

Carousell on the other hand, has expanded to 19 cities across seven countries around the world, raising $174.14m (US$126.8m) YTD in funding from seven venture capital firms in the process including Sequoia Capital, 500 Startups and QuestVentures.

“We still have a long way to go in realising our vision for Carousell,” Quek Siu Rui, Carousell’s co-founder and CEO, told Singapore Business Review in response to being branded as Singapore’s next possible unicorn. “Carousell’s purpose is to be more than just a transactional platform. Our end goal is to a grow a community of millions of people around the world who share our belief that changing the way we consume things can make life more meaningful.”

Carousell launched its e-wallet CarouPay in June which was developed in partnership with leading financial institutions DBS, Stripe and Visa. In August, it announced it would expand its meet-up services to the Philippines for users to conduct deals as part of a new partnership with logistics solutions provider Xend.

Strong contenders
According to Eric Dadoun, CCO of international mobile messaging and cloud communications solution provider Silverstreet, the country’s next unicorn could potentially come from already established traditional players like DBS or a firm that sprouted from humble beginnings in the past two years and found success like Grab.

Hugh Mason, CEO for seed accelerator JFDI.Asia, on the other hand disagreed with the assumption that traditional finance players are best positioned to breed the next Singapore unicorn as tech giants in the last few years were a product of ‘platform’ businesses. “What we can say is that some traditional sectors that are highly regulated are going to take longer to be ‘unbundled’ and ‘rebundled’ as part of superapp offerings,” he explained

“A superapp that wants to include legal services or investment activity, or to prescribe drugs using artificial intelligence (AI) will meet more barriers than one offering ride sharing,” Mason added.“Is a wearable product that reduces your life insurance premiums a health product or an insurance product? It’s a probably a question of semantics, not reality,” he highlighted. “So it’s debatable whether Grab is a mobility business or whether that was just the foothold it used to get started, much as Amazon started by selling books but is no longer just a bookshop.”

Also read: 9 in 10 planned M&A deals failed in the past year

Ee Ling Lim, CEO for edtech startup Smart Me, is also making a case for healthtech and edtech startups who she believes have a fighting chance to claim unicorn status.

The global education market is expected to reach $13.75t (US$10t) by 2030, according to a report by education intelligence platform HolonIQ. However, only about 10 out of 260 unicorns globally are education firms. “If you look at the current edtech unicorns such as VIPKID, 17zuoye, Zuoyebang, iTutor Group and Byju, they are in countries with immense focus on children’s education which is similar to Singapore,” she noted.

Overall, superapps that can create a cashless and seamless ecosystem to help users maneuver their daily lives easier are best poised to be achieve unicorn status. Coupled with Singapore’s thriving startup ecosystem and government support, the country as whole presents a lot of opportunities for various sectors to tap into the needs of its tech-savvy and mobile-first population.

“Since we are already carrying our mobile phones everywhere, if there is an app contained within which allows you to do everything, why wouldn’t you use it,” she highlighted.

Unlocking the unicorn
The key to sustaining growth all the way to a billion-dollar valuation comes by investing and tapping into new verticals to expand at a much faster rate at a much lower cost, Lim said.

Mason echoed this sentiment, highlighting how beyond a certain point in their path, unicorns tend to find it easier to grow by acquiring other businesses as keeping up amidst market growth means building multiple new levels of structure, culture and governance in a businesses. “Right now, we are seeing in Facebook, for example, what happens if you get that wrong,” he said. The world’s largest social media platform has made over 50 strategic acquisitions since 2004, data from Investopedia show, in an effort to enhance its platform features and capabilities.

One memorable example is Grab’s ambitious acquisition of rival Uber’s Southeast Asia operations in March which caused a stir and resulted in the Competition and Consumer Commission of Singapore (CCCS) slapping a $13m fine on both ride-sharing platforms. Nevertheless, Grab continues to bulk up its services in its bid to claim the title as Southeast Asia’s everyday app.

“If you are the latest how $100m business that everyone is tipping to be a unicorn, would you want to be acquired by someone who already reached that status? Or would you hand in there hoping to make it yourself,” Mason highlighted. “A founder who feels they are on the way up is going to put a big price tag on the next bright young thing that looks so delicious for a unicorn to munch up.”