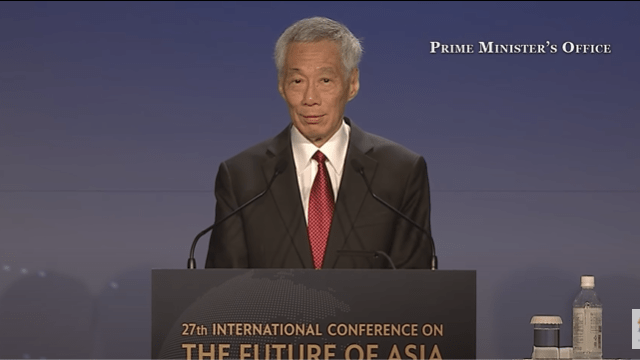 Japan should come to terms with its past to do this.

Prime Minister Lee Hsien Loong urged Japan to consider coming to terms with the past and put to rest historical issues, which will allow them to make a greater contribution to regional affairs amidst the geopolitical tensions.

Lee said this during a speech at Nikkei’s 27th International Conference on the Future of Asia in Tokyo, Japan where he is on a working visit from 24 to 27 May.

After raising the US-China rivalry in his speech, he said that it is inevitable for some countries to support one side or the other but most Asian countries prefer not to be forced to choose between these two parties.

“There will be no good outcome if Asian countries are split between two camps, each siding with one or the other. A more stable and less tense configuration is for the two powers to have overlapping circles of friends, and countries find it possible to have friends on both sides. Security and economic schemes in Asia should conduce towards this outcome,” said Lee.

He further underscored that Association of Southeast Asian Nations (ASEAN) has a role in the regional architecture as he welcomed the international support for ASEAN and ASEAN Centrality in regional affairs.