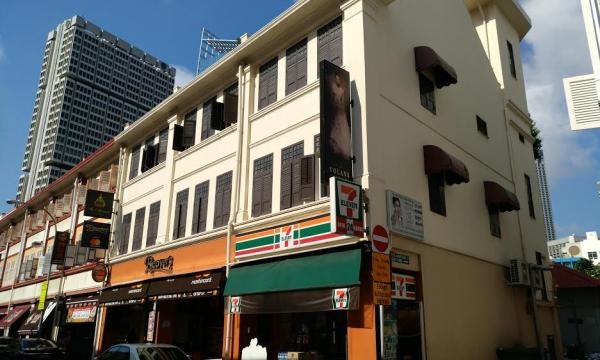 Back in 2014, budding business owner Aryan Siswanto realised that Singaporean men were growing more interested and are showing more attention to their personal outlook. However, places for men grooming were rather limited at that point of time.

As a result, Siswanto built Golden Rule Barbers, one of the hip barber shops in Singapore, where men that want to look their best come for a haircut, washing, and shaving. It’s “basically a grooming place for men,” he said. To date, customers can book appointments in three places for the shop’s services.

Three years later, however, more competitors have now opened up. “Business didn’t grow in 2017 as much as it did in previous years,” Siswanto said. He added that they “will just be stagnant for a while, as although we are optimistic about getting more revenue, we will definitely be investing on other expenses to retain current customers or attract more new ones.”

Siswanto shared the sentiments of a majority of small business owners in Singapore. The number of Singaporean small businesses that think their profits grew in 2017 hit a three-year low in CPA Australia’s Asia Pacific small business survey. In 2017, only 47.5% of them think they grew within 12 months, significantly lower than the 68.5% average in the Asia Pacific. They ranked last amongst the countries surveyed.

CPA Australia also noted that the sector reported facing several challenges, including increasing costs and increasing competition. “Singapore small businesses were the second most likely of the markets surveyed to identify both of these factors as barriers to their growth and were likely to nominate staff costs as most detrimental to their business, followed by costs for materials,” CPA Australia head of policy Paul Drum said.

These problems are also manifest in other studies. Singapore Business Federation (SBF) CEO Ho Meng Kit said its members - small and medium firms - top business challenges are hiring people with the right skills and attitude, with 72% indicating that this is a challenge for them.

Mervyn Koh, managing director and country head of Business Banking Singapore in UOB, concurred with Ho and shared the findings of their ASEAN SME Transformation Study. They found that “human resource issues such as manpower cost (89%) and the shortage of suitable talent (87%) were ranked among the top challenges faced by small businesses in Singapore. This does not come as a surprise as Singapore has a tight labour market due to tightening manpower policies, foreign labour curbs and rising demand for digitally-skilled workers,” he said.

The recently merged IE-SPRING Singapore is trying to address these problems by helping in financing, capability development, technology and innovation. “The SME Centres set up by SPRING together with TACs also provide advisory services to companies. Today, there are 12 SME Centres located islandwide. With in-house Business Advisors, the SME Centres collectively assist over 20,000 SMEs every year through advisory sessions, capability workshops and outreach events,” it said.

The agency also brought up its Capability Development Grant (CDG) that helps companies to build capabilities in areas such as technology adoption to improve productivity, product development or innovation and strengthening HR practices. “Through these efforts, SPRING sees an encouraging number of companies stepping forward to upgrade their businesses and assisted close to 15,000 enterprises in 2017,” it added.

However, Ho also cited worries that may be too difficult to solve through programs. “The top three global geopolitical and economic developments that SMEs feel will have the most negative impact on them are increasing interest rates (64%), increasing frequency and scale of terrorism and cyber incidents (60%) and the global shift towards more protectionism (52%),” he said.

Ho also said that business sentiment has improved significantly in 2017, with more Singapore companies optimistic about 2018. “Nearly two in five businesses (36%) are satisfied with the current business climate in Singapore, up from 20% in 2016. 68% of companies responded that business conditions have either improved or remained the same over the past 12 months. As for the business outlook in 2018, three in 10 businesses expect further improvements in the next 12 months. 32% of companies say that they have experienced an increase in overseas growth over the last 12 months, compared to 20% that say that they have experienced a decrease in overseas growth over the same period.”