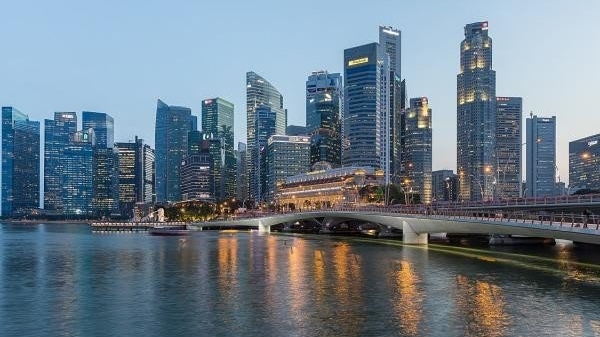 Approximately 35% of MSEs in the F&B and retail sectors saw their earnings drop by more than half during the Phase 2 Heightened Alert period, according to a DBS survey.

Lower commission costs charged by food delivery platforms, or government assistance to offset said costs are among the top concerns of micro and small-sized food and beverage (F&B) businesses.

In its latest survey on micro and small enterprises (MSEs), DBS said one in two of the respondents from the F&B sector cited the above as a top concern. This was followed by rental relief and enhancements to the Job Support Scheme.

For both the F&B and retail sectors, their top business priorities emerging from the Phase 2 Heightened Alert (P2HA) period are ensuring sufficient cash flow and managing overhead costs.

About 35% of the MSEs in these sectors saw their earnings drop by more than half since the start of the P2HA period, lower than the 40% of MSEs who registered the same during the Circuit Breaker period last year.

“SMEs’ decision to digitally transform their operations may have gone some way in cushioning the impact of P2HA. Overall, close to nine in ten respondents have incorporated digital solutions into their businesses since last year’s Circuit Breaker. Of these, 82% have introduced digital payment solutions, 46% have launched online storefronts, and 41% have digitalised their backend operations, such as payroll, accounting and invoicing,” DBS said in a press statement.

Only three in ten respondents said that they don’t need to downsize their operations or let workers go to stay afloat, whilst the remaining seven in ten did not express an immediate risk of closing down.

The survey was conducted in early June, with a respondent pool of about 200 MSEs in the F&B and retail sectors most affected by the P2HA.

DBS
food and beverage services
Retail
Get Singapore Business Review - The Latest News, Headlines, Insight, Commentary & Analysis in your inbox
Since you're here...