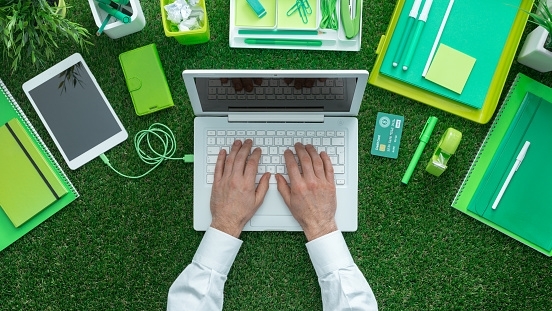 The move is in support of the government’s green economy.

About seven in 10 businesses in Singapore plan to create more green jobs in the next 12 months in support of the government's efforts to grow its green economy, a survey by Schneider Electric showed.

These green jobs would likely be in industries such as energy, construction and buildings, manufacturing, and transportation, according to the “Singapore Green Pulse” survey.

Apart from creating green jobs, 80% of businesses surveyed are also showing support towards green finance, another enabler for the green economy, with 73% even saying their companies are already well-placed to attract green finance investment.

Another measure businesses showed favour for was the increasing of carbon taxes in Singapore to fund decarbonisation efforts locally, with eight in 10 expressing support.

Overall, the majority of business leaders—nine in 10—are supportive of the government’s plans to advance the green transition.

The strong support for the green transition from businesses could be because 78% of them believe that they can benefit from the growth of the green economy in Singapore.

Many businesses (81%) also believe a strong ESG and sustainability strategy offers competitive advantages, whilst 73% see money being spent on such efforts as an investment in future growth.