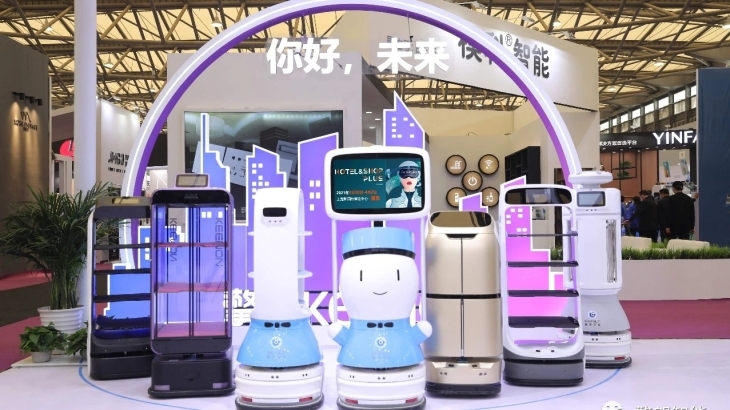 Cobots roll out: Helping Singapore’s SMEs one robot at a time

CareStar Robotics tells Singapore Business Review how automation is not about replacing people.

There is no doubt that automation brings many advantages in terms of increasing productivity, and as seen during the pandemic, ensuring the continuity of work. But its benefits are weighed down as some fear robots will take away jobs.

CareStar Robotics CEO Alan Ng busted this misconception as he shared that automation plays a key role in helping businesses, particularly small and medium enterprises (SMEs) that could ultimately work to the advantage of employees.

“I think automation helps because a company has to be profitable before they can hire people,” Ng told Singapore Business Review.

Automation has long been underway in Singapore, Ng said, though over time it has become more affordable for companies to adopt robots, which is what CareStar Robotics envisions, especially for SMEs.

“I’m targeting SMEs mainly because the larger organisations have resources for robots. They can do a lot of things, but many people are unaware of the fact that SMEs actually play a huge role in Singapore’s employment,” he said.

Data from the Department of Statistics showed that there were 279,700 SMEs in 2020 that employed some 2.36 million workers.

Beyond increasing productivity for SMEs, automation also responds to other business concerns, particularly the shortage of workers, particularly for service-oriented sectors.

In the latest labour market report, the Ministry of Manpower recorded that total employment in Singapore grew by 12,200 in the first quarter of this year. This number excludes migrant domestic workers, whose numbers have continued to decline amidst travel restrictions barring their entry.

Ng said automation can help address the manpower crunch SMEs are facing due to the restrictions in place, or in some cases, due to the cost of hiring foreign talent.

“We are facing a manpower crunch not just because the workers from Thailand or Indonesia or India are unable to enter Singapore. SMEs are also facing many challenges in being unable to hire foreign talent because of the Singapore workers to foreign workers quota imposed by MOM, ” he said.

He said that if businesses cannot afford to bring in the talent, then they need to consider looking at “work and jobs that can be planned and managed or executed by robots. So that Singaporeans can take on more intellectual jobs,” he said.

Ng added that automation will most likely impact the type of work that is at the “lowest end,” or more menial tasks that some foreign workers are being hired for. This would help SMEs remain productive with less reliance on foreign workers.

“So automation, by and large, is not about replacing people, especially the Cobots (Collaborative Robots) that CareStar offers,” he said.

“As a matter of fact, Cobots actually streamline work that is not as productive when conducted by human beings. Human beings should instead be managing and controlling these robots.”

CareStar Robotics is the official global distributor of Keenon Robotics, a leading artificial intelligence company which has captured investments from the Alibaba Group and SoftBank Ventures Asia. CareStar has sold robots not only in Singapore, but also in 60 other countries.

The company is planning to build its Southeast Asia Service Regional Centre in Singapore to better respond to the robotics demand in the region, Ng said.

For one, CareStar has introduced their M2 Disinfection Robot to homegrown integrated healthcare provider MWH Medical to maintain cleanliness of its premises. After all, as Ng sees it, the most suitable solution for disinfection is through robots as they can disinfect spaces in a safe and thorough manner, especially vital in the ongoing pandemic.

Finally, Ng said he is eyeing to rapidly introduce smart concierge robots to Singapore businesses, which in China, has become commonplace over the years.

“Many hotel guests are already being greeted by a smart concierge robot,” he said, recalling that some robots even usher hotel guests to their rooms.

“It’s a reality. It's just that it has yet to take off in Singapore. So, what I truly want is to do something for Singapore’s Smart Nation’s progress and help SMEs leverage robotics.”