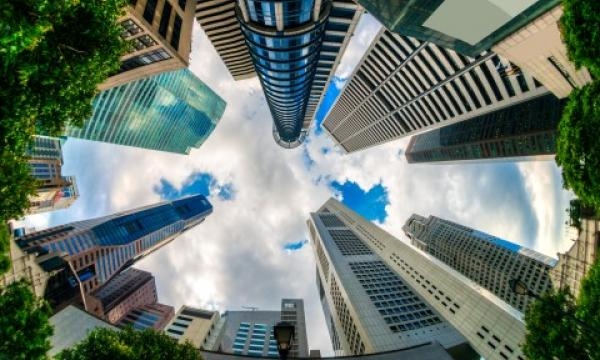 The office sector will lead gains as a supply crunch is set to drive rents up.

The distribution per unit (DPU) of Singapore REITs is expected to grow 1.3% in 2019 and 2.0% in 2020 from 0.5% in 2018 as a series of strategic acquisitions and positive rental growth forecasts provide the sector with a robust shield against heightening economic uncertainties, according to CIMB.

“We expect all sub-segments to experience DPU expansion, with the strongest coming from office, retail, hospitality and industrial,” Mun Yee Lock, analyst at CIMB said in a report.

Although S-REITs have trailed behind the benchmark Straits Times Index at the start of 2018, the sector rallied and caught up in Q4 2018 as the Fed assumed a more dovish stance. In November and December 2018, S-REITs were amongst the best-performing sectors in SGX registering total returns of 2.3% and 0.3% respectively, data from SGX show, with most of those gains extending in the first two weeks of 2019.

As a result, rattled investors have found a safe haven with the resilient asset class. In particular, the more cyclical hotel and office REITs witnessed YTD gains of 10% and 8% to outperform the industrial and retail sector which saw gains of 6% each, according to DBS.

The balance sheets of SREITs have also remained healthy with gearing edging down to 36.9% QoQ in Q4, noted CIMB’s Lock. Moreover, a small 10% and 13% of SREITs debts are forecasted to mature in 2019 and 2020 respectively to add to an estimated 82% of total SREIT debt that are on a fixed rate basis which should insulate sector earnings from rate hikes.

“Looking ahead, with market pricing in prospects of a “pause in FED hikes” in 2019, we believe that the coast remains clear for S-REITs to deliver further outperformance. With DBS economist now projecting the Singapore 10-year bond yields to rise by only 25bps by end-2020 to 2.35%, we see prospects for further compression in the current forward yield spreads of 3.65%,” analyst Derek Tan of DBS said in a separate report.

Analysts expect most sub-sectors to continue witnessing organic rental improvements as they move past supply indigestion with the exception of selected industrial segments. In particular, the office sector is gearing for positive rental growth as it faces a tight supply crunch over the next two years which will also likely to spill over to the business park segment. Similarly, the hospitality sector received a RevPAR boost in Q4 whilst retail REITs saw positive rental reversions as led by SPH REIT.

Also read: Is the worst over for embattled Singapore retail REITs?

“For investors who want exposure to retail SREITs, we would advocate switching to MCT ahead of CT, given the former’s potential acquisition catalysts. Within the office segment, we move SUN ahead of CCT, in view of the latter’s share price run-up. For industrial SREITs, we continue to like MLT for its diversified portfolio,” she added.

Singapore’s REIT sector has expanded by more than 200% over the past decade, data from SGX Research show. It ranks third largest in Asia and sixth globally as of February 2018 with a market cap of US$53b, according to boutique real estate fund manager Q Investment Partners.