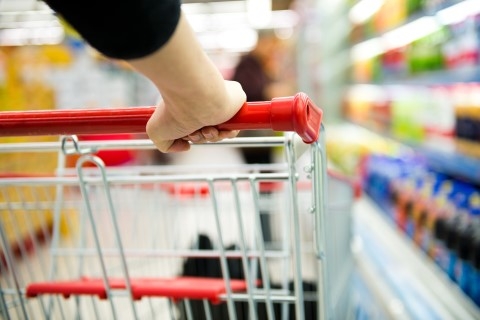 Qoo10 accounts for more than a third (32.6%) of Singapore’s e-commerce market, beating Amazon which only has a measly 11.5%.

As e-commerce giant Amazon grapples with a less than welcoming market following a sluggish response to its flashy entry into the local retail scene, market leader Qoo10 might just be able to show the retail superstar how to crack the tough nut that is Singapore.

“Having already established itself just before the internet shopping “revolution” is taking hold in Singapore, Qoo10 was in a prime position to take full advantage of the boom in internet retailing, what more with the lack of serious competition in the early internet retailing space,” Chayadi Karim, research analyst from Euromonitor International told Singapore Business Review.

Qoo10 now accounts for more than a third (32.6%) of Singapore’s e-commerce market, effectively beating e-commerce giant Amazon which only has a measly 11.5% of the local market, according to Euromonitor data cited in a CIMB report.

Apple was able to snap 11% of the e-commerce market whilst NTUC FairPrice, Zalora and RedMart’s market share are valued at 6.1%, 5.4% and 4.5% respectively.

It helps that the Qoo10’s marketplace model with its diverse range of products easily available for purchase, effectively seals its market dominance over niche players like apparel-focused Zalora or electronics-based Lazada.

“Their strategy was to wait for other internet players to enter the market, and then attempt to grab these “reformed” consumers to become their patrons,” Karim observed. “Rather, they focused their marketing and advertising dollars in “snatching” consumers who only recently, or had already been shopping online, and were able to outcompete other players with their wide product range and library of customer reviews.”

Online retailers struggle
Singapore’s e-commerce market, which is expected to be valued at US$7.4b by 2020, lacks the scale of larger countries with higher spending population like Taiwan and Indonesia. Moreover, the city state’s small population inherently curbs further growth of e-commerce as most sellers have captured most, if not all, areas of mass market retail from food to lifestyle to fashion.

Faced with a limited market and a reluctant audience that still prefers to do their shopping in physical stores, e-commerce is expected to account for a measly 10.3% of total retail sales by 2022, of which food and drink form only $177.8m or a mere 0.53% of retail sales, indicating that groceries may be the least popular online item, a report by CIMB noted.

Despite the sluggish outlook, a growing number of companies including Amazon and Alibaba are zeroing in on Singapore as a strategic gateway to tap into Asia Pacific’s massive retail market as the lion city’s mature transport and delivery network make it a prime location for logistic companies to set up shop and eventually scale.

“As they provide a wider assortment online, better delivery and service, we believe online grocery shopping will keep growing. Singapore is on a journey, similar to what we have seen in the UK and in China. Shoppers will build confidence on online shopping through their experience purchasing non-food items, and they’ll add food and eventually fresh products in their baskets,” IGD Asia’s programme director Shirley Zhu said in an earlier interview.

Nick Miles, head of Asia Pacific at IGD echoed the sentiment. “Technology and the internet is playing an increasing role in how and when we shop and this will continue in the future,” he said. “All these elements will continue to play out in Singapore, and we forecast online grocery sales to continue growing and gaining market share over the next five years.”

To wrestle market share away from Qoo10, Amazon and Lazada may ramp up their efforts to incentivise online purchases, according to Karim, which is set to make it doubly hard for Qoo10 to maintain its present leadership in the years to come.

“The prospect of two of the world’s largest e-commerce players firming up their commitment towards to Singapore market would no doubt threaten Qoo10’s current dominance,” he added. “Qoo10 might find it difficult to maintain the same level of dominance that it currently has.”