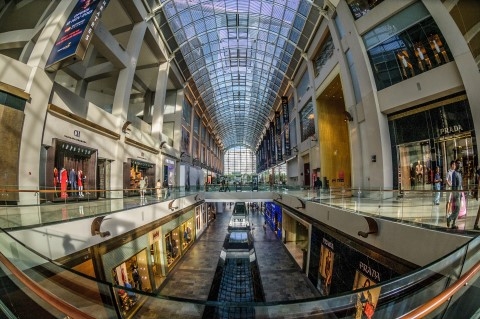 Retail REIT recovery drags on amidst sluggish sales and traffic

A quick turnaround for Singapore’s struggling retail REIT sector is largely unlikely to take place as tenant sales and shopper traffic remained dismal in Q3, effectively putting the sector behind stronger office and hospitality REITs, according to CIMB.

Shopper traffic moved in the range of -2% to +3% in 9MCY18 whilst tenant sales settled in the range between -3% to +3%, CIMB analyst Kar Mei Eing noted in a report.

Also read: Is the worst over for embattled Singapore retail REITs?

CapitaLand Mall Trust, which owns the largest number of malls in Singapore, continued to report declining shopper traffic figures at -1.8% in 9MCY18 from -2.4% in 6MCY18.

On the other hand, Frasers Centrepoint Trust (FCT) was able to post positive shopper traffic of 2.2% over the same period thanks to footfall generated from Changi City Point brought about by the opening of the Downtown MRT Line 3 in October 2017 combined with traffic from promotional activities at Causeway Point.

Shopper traffic also inched up by 1.5% for Mapletree Commercial Trust (MCT) amidst the Disney Tsum Tsum event it held in conjunction with the Mid-Autumn Festival. Similarly, the high-end mall Paragon of SPH REIT reported 2.7% growth in traffic and tenant sales for FY18.

Most malls were also able to report improving occupancy rates above 97% in January-September. Those that reported below 97% occupancy rate were largely smaller malls like Changi City Point, Bedok Point, YewTee Point and Anchor Point which have a net leasable area of ~200k sf and below.

Despite a number of expansions plans from foreign fashion companies like ZARA and Forever21 which boosted occupancy rates in the past few months, rental recovery is likely to remain subdued, extending a muted environment that can be traced back to Q3 2015.

Retail rents extended their steep downtrend in Q3 after dipping 1.2%, data from the Urban Redevelopment Authority (URA) show. The bleak rental environment comes as embattled retailers who grapple with growing operational costs struggle to retain customers who are increasingly opting for online platforms.

With e-commerce taking up a larger share of the city’s retail market (STATS), malls are increasingly left with no choice to innovate to lure shoppers and boost sales. Eing cites the strong shopper traffic and tenant sales of VivoCity in 3QCY18 which reflects consumers being lured to new offerings.

CMT's Funan is one such example as it positions itself as the city's first online-and-offline shopping mall where smart technologies like interactive directories, video analytics and merchant dashboard aim to seamlessly faciltiate the shopping experience. Although it is scheduled for opening in early 2019, take-up rates have already hit 70% with confirmed tenants including Golden Village Cineplex, Kopitiam Foodcourt, ABC Cooking Studio and Ark Futsal, data from OCBC Investment Research show.

“Larger and suburban malls should see more resilience as larger malls have the ability to organise large events and offer a wide variety of tenant mix, including activity-based tenants to attract shoppers, whilst most suburban malls are blessed with large catchments in the surrounding area,” she added.

In fact, retail rents in the city’s suburban areas are expected to pick up at a faster pace than leasing costs in prime retail areas with a compound annual growth rate (CAGR) of 1.5% from 2018-2022 compared to the latter’s 1.1%, data from Deutsche Wealth Management show.

“We moved retail REIT ranking above industrial REIT as we think that the retail industry will be more insulated from the US-China trade war as the malls are mostly located in Singapore. In order of preference, we like office, hospitality, retail, then industrial,” said Eing.

However, Suntec REIT, CCT and MCT have an edge over their peers as their geographical diversification is poised to buoy them through the weakness in Singapore’s retail market than their peers, Moody’s Investors Service said in an earlier report.