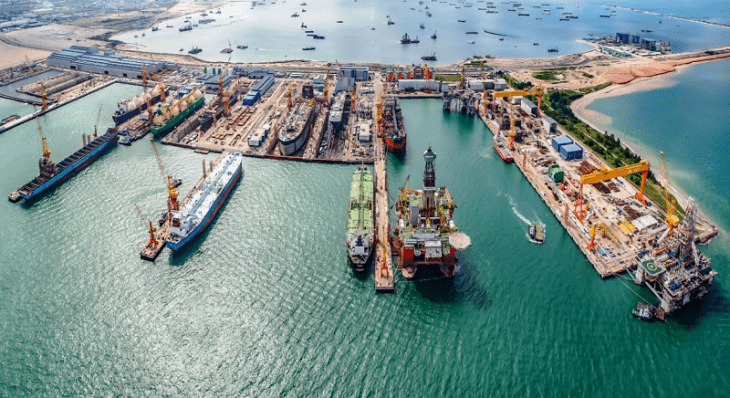 But it also sees improvement in order visibility and prospects in other sectors.

Sembcorp Marine’s headaches are likely to continue in 2020 after the company said in its profit guidance it expects to continue making losses. But whilst the company might not be out of the woods, it is seeing an improvement in its outlook, according to a note by UOB Kay Hian.

Sembmarine believes that with its Q4 2019 orders for the Al Shaheen and Tyra oilfields, its outlook is “a bit better” and further stated that “order visibility has improved and has been more broad-based”, noted UOBKH analyst Adrian Loh.

In particular, Sembmarine highlighted: a) the gas value chain with LNG bunker vessels specifically mentioned, and b) green-energy solutions, like fuel cell vessels as well as the offshore wind sector which includes manufacturing jackets and topsides as well as offshore wind-installation vessels.

Two potential new orders were mentioned during the call – completion of two Sete Brasil drillships at the end of Q1 2020 or early-Q2 2020, and Siccar Point which could be announced in the second half of the year.

With these challenges in mind, Sembcorp Marine is being conservative in the current climate where concerns over the COVID-19 outbreak are foremost on the management’s and market’s minds. “In addition, the company should continue to realise cost savings from the new yard as well, whilst accelerated depreciation from its old Tanjong Kling yard will cease this year,” Loh said.

Sembcorp Marine also noted that COVID-19 has had no immediate impact on the ground, however, its supply chain may be negatively impacted in the near future with procurement and delivery of long-lead items to Singapore potentially affecting production flow. “As a result, the company has been working to redesign workflow to minimize impact,” Loh noted.