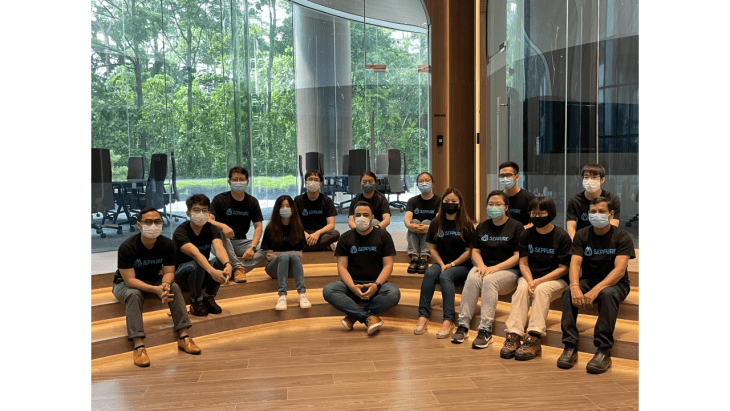 It was awarded under the startup category for the chemical industry.

SEPPURE came up with a sustainable and cost-effective alternative to separate chemicals.

The company found a new way to solve this problem by introducing its proprietary chemical-resistant nanofiltration membranes that can separate chemicals without heat. Unlike existing membranes which disintegrate or become dysfunctional when exposed to organic solvents, SEPPURE’s membranes are resistant to harsh chemicals, acids, and alkalis.

Its membranes can be robustly applied in many chemically intensive industries such as vegetable oil, biodiesel, semiconductor, pharmaceutical, petrochemical, and oil refining. Through extensive pilots performed with the startup’s customers across the globe, SEPPURE has shown that its sustainable solution can achieve up to 50% OPEX reduction, and 90% cut in energy and GHG emissions for its customers. In most cases, the return on investment from technology implementation can be achieved in fewer than 2 years. With chemical separation processes being carried out on a massive scale across industries, the market opportunity for SEPPURE is at least US$10b by 2030, according to the company.

The technology has been developed for over seven years with more than US$10m in combined investments, grants, and revenues. To date, SEPPURE has produced over 2000km of hollow fibre membranes and fabricated and tested over 4000 modules.

When asked how its product competes with others in the industry, SEPPURE said that its membranes have the widest temperature and pH tolerance in the industry, presenting a unique opportunity for its technology to be applied in separation processes that traditionally preclude membranes. Its nanofiltration membranes can separate chemicals 10-20 times faster and have 4 times higher packing density than the market-leading product due to its unique membrane formulation and hollow fibre configuration.

For this product, SEPPURE was given the Startup – Chemical award in the SBR Technology Excellence Awards, hosted by Singapore Business Review.

The annual awards programme highlights technological innovations, recognising exceptional companies in Singapore that are riding the digital disruption wave and leading the technological revolution and digital journeys of their respective industries. In giving this award, the judging panel took into consideration three of the company’s major achievements.

First is that it has completed its three pilots in the vegetable oil industry and is moving to industrial-scale implementation this year. The second is that a CA$3.6m project with Emissions Reduction Alberta was secured in Q2 2021. Lastly, the company has onboarded additional market-leading customers in its pilot programme to test membrane applications in the semiconductor, pharmaceutical, and energy industries.

The company said that its goal is to replace 10% of the world’s thermal distillation with nanofiltration by 2030 to reduce carbon emissions by 500 million tonnes and save US$180b in energy costs every year.