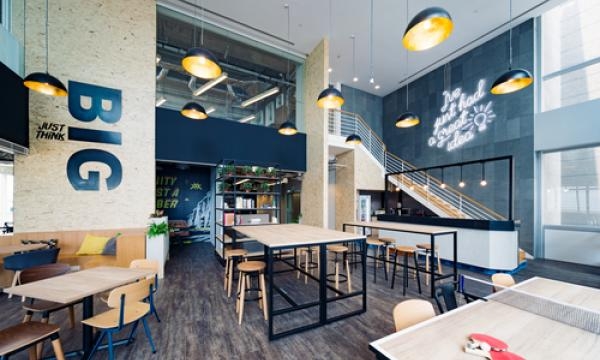 It made up 20% of major relocations and expansions in the market.

Co-working spaces emerged as a "hotspot" driver of demand towards office space and took up 300,000 sqft of the total in 2017.

According to Knight Frank, this amounted to approximately 20% of all major relocation and expansion activities in the office market in 2017.

The Monetary Authority of Singapore (MAS) announced a $27m grant for a dedicated fintech hub in the Central Business District at 80 Robinson Road, which will host fintech startups.

"The potential growth of the fintech industry is expected to drive demand for office space," Yeo added.