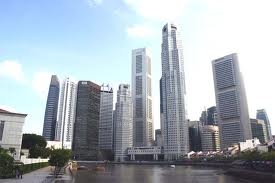 According to Knight Frank, overall new supply of industrial space stayed at 2.7 million sq ft for the first two quarters of 2012. However, the new demand for industrial space has experienced a fall of approximately 40 per cent as compared to 1Q 2012.

Knight Frank said that this could add occupancy pressure on existing and upcoming supply of industrial space.

In 2Q 2012, the new demand for factories has lagged new supply by 0.68 million sq ft. In comparison to 1Q 2012, the new supply for factories has seen an increase of 20 percent to 2.6 million sq ft, while new demand experience a drop of 12 percent to 1.9 million sq ft. The occupancy rate of the factory segment has posted a marginal dip of 0.1 percent to 93.1 percent on a quarter-on-quarter basis. The warehouse segment has seen a slowdown of space take-up for the first time since 3Q 2010, with a decline of new demand by 86,000 sq ft. With low new supply entering the market, occupancy of warehouses remained strong with a slight fall of 0.3 per cent to 94.4 percent.

Notably, warehouse segment has seen a huge reduction of 720,000 sq ft of new supply in the Central Region. The Single User factories dominated the new demand of space in this quarter at 1.3 million sq ft or 72 per cent of the new industrial space demand, 45 per cent of these spaces was within West Region.