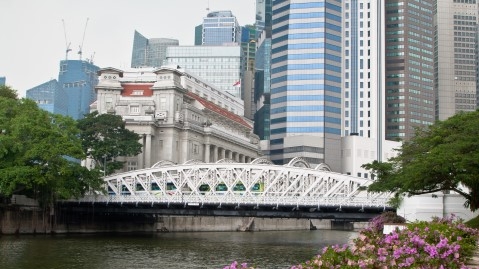 The most expensive strata office was in Samsung Hub, which sold for $53.1m.

A total of 162 units were sold in the strata office market for the first half of 2021, more than doubling the 79 sold in the same period last year, according to a report from Knight Frank.

A bulk of the sales were made in the second quarter, with a total of $454.0m worth of transactions for 81 strata offices.

Location-wise, 30% of the total transaction volume can be found in the Central Business District, particularly in Central in Eu Tong Sen Street, which recorded 12 transactions for a total of $67.7m.

The most expensive strata office sale was $53.1m, or $4,050 per square foot, purchased by construction group lee Kim Tah in Samsung Hub.

“Besides purchasing for owner-occupation, the en bloc potential of some strata office buildings ripe for redevelopment might also have spurred opportunistic buyers,” Knight Frank said.

“As quality strata-office space in central locations remains in short supply, sizable units that meet the requirements of these businesses will be sought after. Boosted by transactions in these locations, the total sales volume is thus expected to cross 200 transactions for the whole of 2021,” it added.