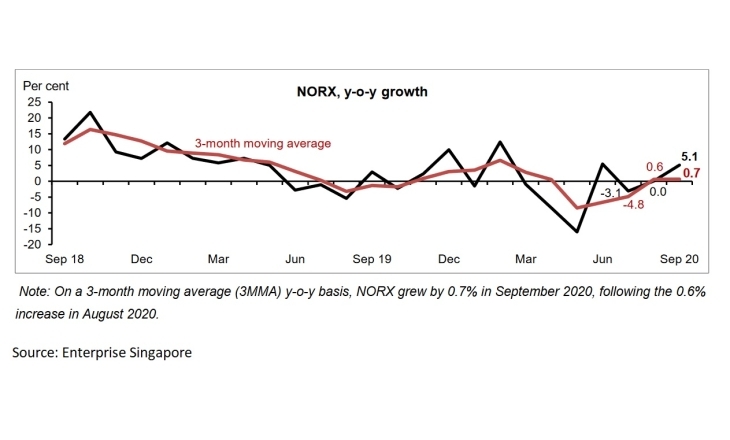 The growth in electronic NORX outweighed the decline in non-electronics.

Non-oil re-exports rose by 5.1% YoY in September, thanks to the growth of electronic re-exports outweighing the decline in non-electronics, according to Enterprise Singapore.

On the other hand, non-electronic NORX shrunk 10.9% in the same month, extending the 11.5% contraction in August. The decrease was attributed to aircraft parts, piston engines, and non-electronic engines & motors, which fell by 42.8%, 69.3%, and 16.7%, respectively.

Measured based on markets, overall NORX to the majority of the top 10 markets grew in September except to Malaysia, Japan, and Indonesia. The top three contributors to the increase were China (+35.9%), Hong Kong (+24.5%) and the US (+15.7%).