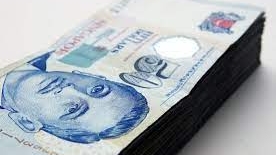 October not yet the time for monetary policy tightening - HSBC

The report expects MAS to keep its current policy.

According to a report released by HSBC, the upcoming October meeting is not the right time for MAS to begin tightening monetary policy.

HSBC points to challenges such as growth headwinds, stalled recovery in its labor market and subdued core inflation. Instead, the report predicts the tightening cycle to begin in April 2022, ahead of core inflation approaching its “long-term average” of 1.8% y-o-y.

A risk was also identified with the recent global surge in energy prices. Core inflation, according to the report, can go higher than expected in 4Q21 due to this.

If policy will be tightened, the SGD NEER is currently 1.2% above-mid, giving it room. This is due to a reduced FX intervention, with the sums of its FX reserves and long FX forwards remaining unchanged for months.

Little impact is also expected from the policy announcement on SGD rates. Money market rates are expected to keep low due to the growth uncertainty. The narrowing of SGD-USD rates is also expected, with the SGD curve flattening due to seasonally lower bond supply.