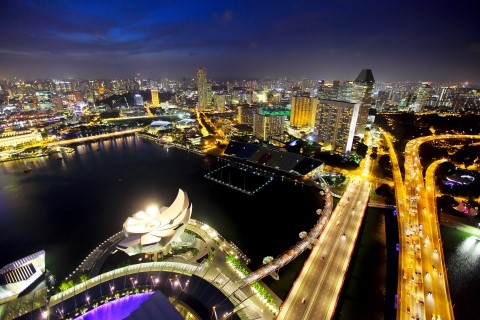 The Lion City came in at fourth place after Hong Kong in Knight Frank’s City Wealth Index, dragged by its ninth place in the index’s investment rankings.

On the other hand, Singapore also ranked fifth in terms of wealth, and joined London in first place under the lifestyle rankings.

“Wealth flows are influenced by many factors, including economic and personal stability, and preservation of wealth. Understanding these drivers can help provide insight into the direction of investment flows, and how they impact on both residential and commercial property markets,” the report’s authors said.

In terms of the luxury residential market, Singapore’s path over recent years has been an erratic one, with prime prices stifled by stringent taxes and cooling measures, Lee Nai Jia, head of research at Knight Frank Singapore, highlighted in the report.

“A reduction in Seller’s Stamp Duty in 2017 was interpreted by some as a change in policy sentiment, prompting a surge in demand, but a further tightening of stamp duties for nonresidents and developers in 2018 has halted the market. A slowdown in 2019 looks likely, although solid economic fundamentals should prevent prime price growth from entering negative territory,” Lee commented.