The ups and downs of the Singapore shipping and offshore sector

It seems that every week brings a raft of new 'bad news' stories for the Singapore shipping and offshore oil and gas sectors and their investors. Swissco Holdings, OW Bunkers, Swiber Holdings, Rickmers Maritime, Ezra Holdings, Marco Polo Marine are all reminders of just how far the markets have fallen, and clearly show how few options companies (and investors) have when things turn bad.

Again and again we are seeing press releases and announcements of accountant-aided 'business reviews' and need for refinancing. One cannot help but think that there will (or must) come a point where reviews and judicial management will not be enough. Companies are going to go under. It is increasingly likely that, for many, that will be the logical outcome.

This scenario is not a local phenomenon, it is being replayed in every market where oil and gas, and shipping, has a presence. It is the downside of an industry cycle which saw its peak with oil at US$120 a barrel. Those days are long gone and the market is now looking for a new commercial equilibrium…a new 'normal'.

The bad and the good
Market downturns, such as the one we are going through now, have always been part of the free market cycle. Unfortunately for every upside, there is a downside. All over the world, oil and gas companies in particular have been living and expanding off cheap credit and (until recently) high oil prices. That was not a sustainable model.

Offshore is an expensive business, and companies are now being challenged to bring their operational costs down to match not only the traditional producers, but also the unconventional players who have made major efficiency gains. For many this will not be possible.

Through all the pain we see in the sector, the good news is that things are coming to a head. Companies that have lived off unsustainable leverage are being removed from the game. Additionally Singapore as a whole, and the local shipping and offshore sectors are better positioned than many others to survive in the new environment.

Much of the local industry has moved from the traditional labour side of the business to the services sector – insurance, legal, finance, trading, and corporate services. This will, to a degree, reinforce Singapore's position in the wider market, even as the shape of that market changes.

Diversification is 'in'
For companies who have reached an innovation or productivity plateau, diversification is a commercial imperative. This can be clearly seen in the case of two of the largest traditional local oil and gas players, Keppel and Sembcorp – companies traditionally known for their vessel and unit construction capabilities.

Both these companies are looking to reduce their reliance on traditional business channels and either focus on alternative existing lines of business (Keppel) or move into sectors such as utilities. This is no great surprise, and as long as the current situation remains, then tradition offshore orders will fall. Both these companies are strong, well run, and central to the local sector.

However, for many of the smaller, specialist companies – especially those with limited finances and high debts – diversification and restructuring may not be viable alternatives. The local industry is changing rapidly and it could be argued that now is the time for Singapore to push new, high-tech, solutions which are already threatening to disrupt traditional shipping and offshore operations.

While we have not seen the end of the hard times, there is still a great deal to be excited about when it comes to the future of the maritime sectors and the role Singapore will play. Fingers crossed.

June Ho is a Director of Wikborg Rein. She works for a wide range of shipping and offshore clients, mainly in the areas of corporate finance, mergers and acquisitions, and banking and finance. 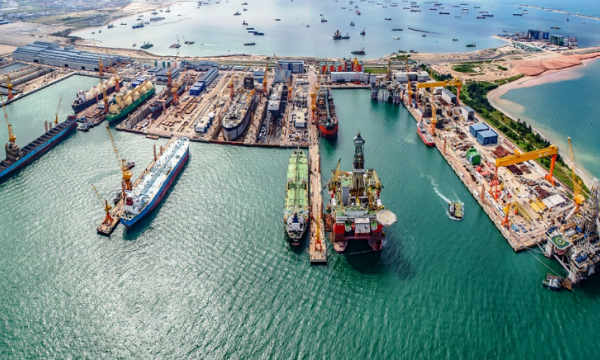