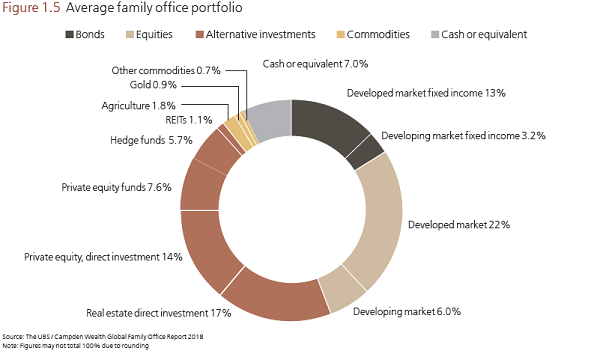 Can startups cash in on Asia's growing family office segment?

Raffles Family Office is open to investing in healthtech, fintech and cybersecurity startups.

The rapid rise of millennial magnates in Asia with larger risk appetites and a propensity towards private equity investment is a match made in heaven for the region’s cash-short startups seeking the necessary financing fuel to unlock their next stage of growth.

Reuters estimates that there are roughly 500 family offices in Asia that work discreetly to manage a family’s private wealth affairs including investment, succession planning, philanthropy and taxation. Raffles Family Office, which has operations in Singapore and Hong Kong, is one such player that has chosen to allocate a small portion of its $1.5b AUM into the startup space, with particular inclination towards healthcare tech, fintech and cybersecurity.

“There is definitely huge momentum into the startup space as part of the wealth management strategy,” Kendrick Lee, managing partner at Raffles Family Office told Singapore Business Review. “We too acknowledge that such investments into startups could return more than 100% of the entire portfolio; therefore, we cannot ignore such an investment.”

The private equity (direct and fund investing) asset class accounted for a little over a fifth (22%) of the average family office portfolio globally in 2018, according to a report from UBS and Campden, which noted that nearly 80% of these investments either met or exceeded performance expectations. In Asia-Pacific, the asset class accounts for 15% of the family office portfolio, compared to 14% for both Europe and North America.

Industry players attribute the growing prominence of such investments to the ongoing transition of wealth to a generation that has displayed a greater willingness and risk appetite beyond high-dividend stocks and fixed income products.

“The first generation [of one of our clients] is very traditional since they made their money from real estate. The second generation, being in the tech era and environment, understands the need to be relevant in the startup space. Immediately, the family carved out a small budget for the second generation to invest in startups,” said Lee.

The potential of startups offering significant returns was not lost on the broader industry as law firm WongPartnership observed the spike in demand for advisory services in the startup space and launched a startup/venture capital practice in 2018 to consolidate its expertise in the area, said Sin Wei Ong, partner and co-head of the newly created segment.

“[F]amily offices are increasingly viewing startups as having the potential for outsized returns. The key drivers for investments into start-ups tend to be the younger generation of the family who better understand the start-up mentality and want to diversify beyond the usual target businesses,” he noted.

Although the Asian family office space is still in a relatively underdeveloped stage compared to the more mature markets of Europe and United States, average returns of the region’s family offices towered over its peers after rising 9.7 percentage points to 16.4% in 2018 amidst strong gains from emerging market equity funds and record-high private equity deal value, according to the UBS report. Average returns of North America and Europe family offices hit 15.9% and 15.0% respectively over the same period.

One such startup that benefitted from this growing trend is Singapore-based event platform Delegate which successfully raised US$1m for its pre-series A round from an undisclosed family office earlier this year. “We chose to raise funds from a family office as the quantum that we're looking to raise was deemed too small by some VCs - those who were looking at investing at Series A and above; or too large for VCs that invest at seed stage,” its founder, Jacqueline Ye, said in a January interview.

With startups citing funding pressures as one of their most pressing needs, family offices could play a critical role in plugging the region’s funding gap by providing a more versatile alternative to traditional funding schemes. “Family offices tend to have greater flexibility in their investment horizons and amount of capital to be committed, as compared to traditional VCs which would need an exit or return typically within five years as well as a having a fixed investment mandate,” explained Wong Partnership’s Ong.

Part of the reason that family offices could afford to be a more patient source of capital lies in the fact that startups are not the only possible goldmines for the wealth managers of the region’s super-rich. Although alternative investments like real estate, private equity funds, hedge funds and REITs have been gaining traction, equities, bonds, cash and commodities still form a key part of the investment mix, data from UBS and Campden show.

However, there is no denying that the rapid pace of wealth creation in Asia creates only more opportunities for collaboration between the region’s wealthy families and startups seeking diverse ways to unlock capital, which all works to the benefit of the startup ecosystem.

“[T]he comfort of the new tech billionaires or younger scions of traditionally wealthy families with the risks and rewards associated with start-up investing and their willingness to get involved point to this being a long term play,” concluded Kyle Lee, partner and co-head at start-up/venture capital practice at WongPartnership.