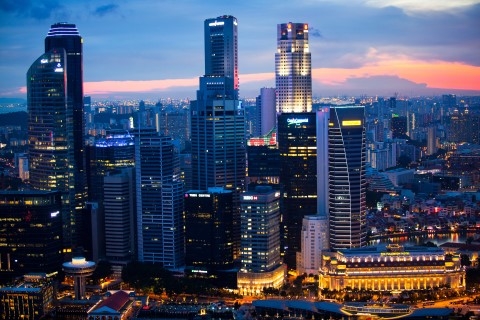 Its ratings jumped four points to 796, whilst Hong Kong's jumped two points to 783.

Singapore maintained its position in the top four financial centres of the world and raised its overall rating (769) by four points, the Global Financial Centres Index (GFCI) revealed. The city joined this year’s GFCI 24, which is previously GFCI 23 last year before Cape Town, South Africa joined the list.

The GFCI surveys bankers worldwide through a questionnaire on financial centres. Cities are then ranked in the GFCI and are assessed annually for changes.

New York (788) and London (786) switched places in the index and now hold the first and second positions, respectively. Hong Kong (783) followed and made it to third place, effectively beating Singapore by 14 points.

According to the survey, Hong Kong, Singapore, and Shanghai all continued to close the gap on the New York and London. “The long-term news (a bit of a contradiction) is that Singapore, Hong Kong, and Shanghai will be over-and-under taking for a while before ratings settle, if ever. It is highly likely that an Asian centre will have the top slot very soon,” said Z/Yen Group executive chairman Professor Michael Mainelli.

Notably, Hong Kong is now only three points behind London. The report cited a banker that said, “New York and London don’t seem to be doing anything to fight off the Asian challenge.”

Singapore is the fifth city likely to be more significant as it garnered 65 mentions from bankers in the past 24 months. Shanghai and Qingdao are also likely to become significant with 198 and 107 mentions.

To assess how financial centres perform in each of these areas, the GFCI factor assessment model is run separately for each of the five areas of competitiveness at a time. Singapore ranked fourth across all areas, namely, business environment, human capital, infrastructure, financial sector development, and reputation & general.

Most bankers from abroad also think that Singapore is “a little more competitive” compared to theirs in terms of prospects. The city is also considered the most stable amongst the top 40 centres in GFCI 24.

The survey also categorised bankers by the industry they are working in. It revealed that across all sectors, Singapore ranked high: insurance (3rd), banking (5th), investment management (5th), professional services (4th), and government & regulatory (4th).

The survey also sorted responses based on the bankers’ organisation size. Singapore scored consistently high across all categories.

The study was produced by Z/Yen in London and the China Development Institute (CDI) in Shenzhen.