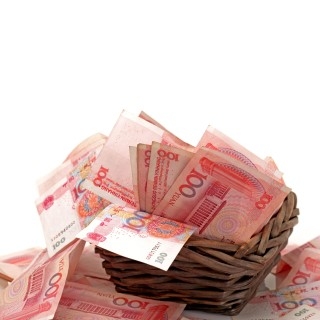 Hefty paychecks await web developers in Singapore, but where are the jobs?

The Lion City lags behind in terms of demand for developers compared to Indonesia.

Web developers in Singapore are much better off than their counterparts in Thailand and Vietnam as they are the highest paid in Southeast Asia, earning $99,600 a year on average, according to a report by VC firm Monk’s Hill and tech startup Slush Singapore.

Singapore’s status as a leading regional headquarters for multinational corporations including Netflix, Facebook, Twitter, Paypal and Apple is steadily beefing the compensation packages to lure top IT talent, the report added.

The emergence of a greater number startups have also fueled a rise for more developers in the Lion City in the recent years, according to Robert Half Singapore managing director Matthieu Imbert-Bouchard.

Also read: Two in 5 startup builders in SEA prefer to launch in Singapore

In particular, full-stack developers with expertise in Node JS, Java, Ruby and front-end experience in ReactJS and JavaScript are boosting the upward trend for developers’ hiring in Singapore, according to Randstad Technologies Singapore Daljit Sall, adding that demand for solution architects across mobility, software, and infrastructure is also on the rise.

Despite the more than generous paycheck, the Lion City actually lags behind in terms of demand for developers compared to Indonesia as the country has more job openings in LinkedIn for professional software developers at 1,845 than Singapore’s 1,119.

“Many strong entrepreneurs have emerged out of Indonesia’s vast talent pool,” Imbert-Bouchard added. “Numerous tech companies in the country are taking the markets by storm and hiring aplenty, and the lower cost of hiring talent helps as well.”

With the tech industry steadily building on this positive growth momentum, hiring for developers in the Lion City could continue to heat up. “The government’s push to position Singapore as the regional startup hub and goal to be a Smart City have encouraged many companies to set up their headquarters or regional operations in Singapore,” Sall explained.

Despite the deliberate industry push, online lending platform MoneyMatch cofounder Nayasan Munusamy thinks that SEA salaries including that of Singapore remain low to attract world-class talents for the field compared to US rates.

According to online hiring platform Indeed, back-end developers in Silicon Valley earn around $142,797 (US$103,762) as the US increasingly roll out attractive compensation packages for front-end and full-stack developers to maintain its lead as an innovation hub.

Firms in Singapore should step up their initiatives and offer something more for their employees to catch up with the market trend, noted Sall.

“Job rotation between offices and markets is also a good and informative way to train your staff,” he noted. “Not only do the developers get to expand their network, they also have the opportunity to gain new knowledge and share best practices.”

For EY Solutions people advisory services Samir Bedi, pay and compensation is amongst the many attributes that could lure and retain talent. “Firms should also leverage the fact that Singapore has a developed ecosystem that allows candidates to continually upgrade themselves through initiatives such as SkillsFuture and Lifelong Learning.”