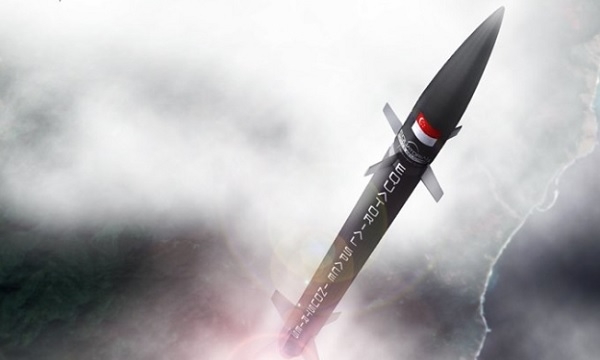 How spacetech is soaring in Singapore

The city is already home to 30 firms that are taking advantage of its spacetech advancements.

Governments are no longer the only players in the new space race as private companies are taking the helm of space exploration, with their focus shifting from breaking world records to improving your internet speed and making rocket launches more affordable.

For the first nine months of 2019, about $6.8b (US$5b) have been invested in space companies worldwide, venture capital firm Space Angels reported. Spacetech funding is even expected to rise $1.5t (US$1.1t) to $3.67t (US$2.7t) for the next three decades, according to separate reports by Bank of America Merryl Lynch (BoAML) and Morgan Stanley.

Firms are clamouring to capture a portion of the investment pie, and Singapore isn’t one to be left behind. Already more than 30 companies and 1,000 employees comprise the island-city’s expanding space industry, according to the Economic Development Board (EDB). Of these, at least 10 startups have been formed in the past 5 years.

More affordable
Advances in technology have lowered the barriers to entry for startups to participate in the space industry, Lim Tse Yong, EDB’s director of capital goods, told Singapore Business Review. “These start-ups are engaged in innovative space technologies such as small satellite thruster systems and space-based laser communications,” he said.

Vishal Harnal, general partner at 500 Startups that invested in local spacetech startups Aliena and Transcelesetial Technologies, hold the same view. “Access to the knowledge, tools and technology to build these companies is becoming democratised and that allows founders to start these companies without needed large amounts of capital,” he said.

ESI’s CEO and founder Simon Gwozdz noted that it has become much more affordable to enter the space industry because of how affordable new technology is, which has massively reduced the barriers to entry over the last decade.

“The size and mass of satellites, as well as the availability of affordable components led to a wave of innovation unprecedented in space - with economically viable telecommunication and Earth observation ventures developing ever-newer solutions to communicate with each other, and understand our planet better,” he said.

For example, estimates taken from the US Air Force’s 2018 budget show that each space launch costs around $574.98m (US$422m). SpaceX, one of the world’s biggest private aerospace and space transportation companies, reportedly launches its rockets at $408m ($300m) less than this price, its founder Elon Musk claimed in a twitter post.

Currently, ESI is gearing up for their first guided test flight. “We are aiming to carry out a suborbital mission in the first half of next year, and move towards our orbital launcher soon afterwards,” said Gwozdz.

A question of profits
Evidently, investors are not spooked by the long turn-around time of profits expected from spacetech firms.

SGInnovate, who joined SpeQtral’s seed round, said that they are instead focused on the technological developments and its impact to the public, noting that developments from spacetech can be immediately utilised in existing industries.

“If we are to believe that expanding such objectives into the realm of space is an inevitable outcome regardless of the time frame, then for a business with a long-term economic view, it would make sense to be involved if not in space itself, but certainly in the technological developments that arise [from it] as innovators strive to address space tech related problems,” said SGInnovate’s Tong Hsien-Hui, head of venture investing.

Likewise, 500 Startups’ Harnal said that they are not bothered with spacetech firms’ longer turnaround time in making a profit. “We invest with a view that profitability will come in the future as the companies scale and the technology is adopted.”

“Most of the space companies we are seeing are already revenue generating or have paid commercial pilots lined up. That’s always a positive sign of validation for the companies and technology,” noted Harnal.

ESI and SpeQtral also believe that their products are relevant enough to attract funding and customers. “Like us, our investors believe that our technology is ready for commercialization and serves an urgent need for secure communications networks,” said Yang.

For ESI’s Gwozdz, spacetech firms are not much different from any other startup. “Our gestation period may be longer, since we’re dealing with complex technologies, but the objective is ultimately all the same: to create an attractive product, deliver the best possible service to our clients, and grow in share value for our investors,” he noted.

From academic to commercial
A large number of space tech startups came from universities and labs, or are collaborating with the academe in their research. For example, Aliena spun off from the Nanyang Technological University to design and manufacture low-power propulsion systems for small satellites.

Quantum communications firm SpeQtral took off from the Centre for Quantum Technologies of the National University of Singapore. CEO and founder Chune Yang Lumshared that their work is based on research and systems that were developed over the last two decades.

SpeQtral is commercialising space-based quantum communication systems with the aim of providing a more secure and faster means of communication. Lum said that it can expose any attempt at eavesdropping.

“We decided the time was right to commercialize the technology because it has been proven on orbit. Also, there is a need to offer quantum key distribution (QKD) to address the weaknesses of public key encryption (PKE),” Lum said. PKE, which is currently being used by networks for data and communications transfer, can be easily cracked compared to QKD, Lum added.

The firm’s promise of faster and more secure communications attracted the likes of government-owned SGInnovate and Golden Gate Ventures who invested in SpeQtral’s $1.9m round funding last April. According to Jeffrey Chua, Golden Gate Ventures senior associate, the only way to currently achieving this encryption is through physical means, which are not scalable.

“SpeQtral's system of satellites beaming the encryption keys allows users such as government agencies, financial institutions and bases in remote areas [to] have access to secure communication over satellite,” Chua said.

And business is booming: SpeQtral’s Yang shared that they have two contracts yet to be announced publicly, apart from global clients who are looking to utilise their services. The firm also plans to add to their current offices in Singapore and the US despite being active for only a year.

“The new ‘space race’ isn’t between competing governments but between private companies and startups looking to capitalise on the tremendous opportunity that the industry is bringing,” Harnal commented.

Launching for the spacetech base
The island also has plans to leverage on this interest to make itself Asia’s spacetech base, EDB’s Lim said.