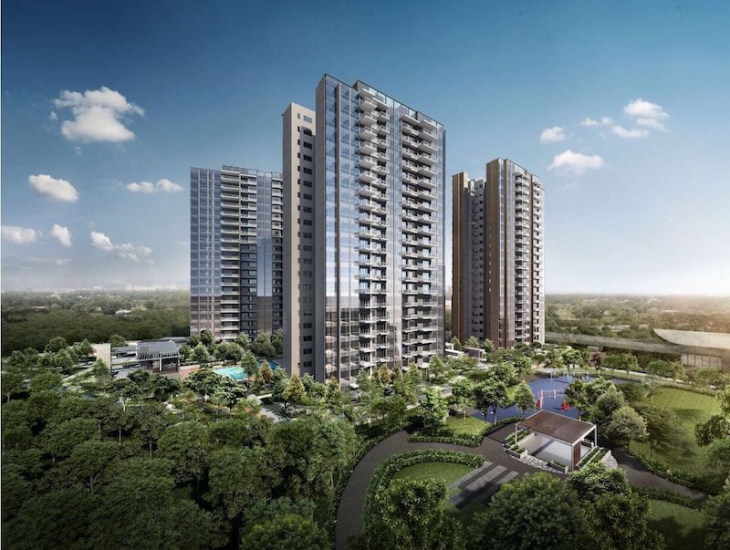 Despite the sharp declines, Lee Nai Jia, head of research at Knight Frank Singapore, commented that it is premature to tell if it’s a sign of the market softening further. "Rather, it shows that the number of new units to be launched will be paced accordingly, and sale prices will be largely the same, barring any external shocks," he said.

Tricia Song, head of research for Singapore, Colliers International argued that the figures are "still relatively decent and is a positive sign for the market" given the far fewer units launched during the month. She noted that developers have now sold 2,573 new private homes in Q1, up by 11.2% from the same period in 2018.

"The sales number is an indication that buyers are accepting the new price point and returning to the market," said Lee Sze Teck, head of research, Huttons Asia. According to him, this year's sales numbers are on par with the figures a year ago but achieved with fewer units launched.

PropNex Realty CEO Ismail Gafoor concurred with the analysts and added that over 76.1% of the units that were sold for the month of April, consist of projects that were previously launched in 2018.

"Buyers are foreseeing that the subsequent new project launches might not be any lower, as developers have previously committed to high land bid prices. Hence, buyers and investors are gravitating towards projects that are rightly priced," Gafoor said.

Sales performance has been encouraging at many existing launches, given that the cooling measures are still in place and a number of projects have been launched in recent months, commented Christine Sun, head of research & consultancy, OrangeTee & Tie. "Some large-sized projects have already sold more than 40% of their entire development within a 12-month launch period from May 2018 to April 2019."

According to Song, buyers continued to be price sensitive and value-conscious, with the lowest priced projects in OCR – Parc Botannia, and the lowest-priced in RCR – The Tre Ver topping the charts.

Meanwhile, Desmond Sim, head of research, Southeast Asia, CBRE, said that it seems that developers and buyers have reached a stalemate. With the supply overhang in the market, it is more likely that developers will have to capitulate to reducing prices and shaving part off their margins to entice buyers.

"It has also been observed that the reputation and track record of developers play a critical role in buyers’ decisions. Nonetheless, an affordable pricing quantum remains the main sell," he said.

As a forecast, ERA Realty key executive officer Eugene Lim said that developers are likely to keep prices reasonable, as they face robust competition from various project launches all across the island.

"We are likely to see a few more launches in May before most developers take a break for the June holidays. Launch activity is then expected to intensify again in July," he said.

Even if price sensitivity is still prevalent amongst buyers, luxury projects also continued to do well, as exemplified by Boulevard 88 selling 20 units at median price of $3,655 psf, after selling 26 units in March 2019.

"The good sales performance across many projects indicate that buyer demand is still strong and that projects with attributes like good locality, distinctive designs, attractive pricing and being developed by reputed developers, will continue to see healthy demand," Sun concluded.