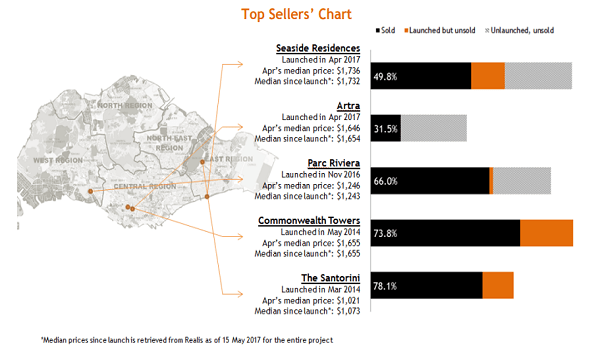 Chart of the Day: Check out the top selling residential projects in April

This chart from OrangeTee Research shows the top selling residential projects in Singapore for the month of April.

Seaside Residences, which was launched in April 2017, sold 419 units during its launching month at a median price of $1,736 psf.

Next to record the highest sales is Artra, which sold 126 units also during its launching.

Parc Riviera, which was launched in November 2016, sold 90 units in the said month whilst Commonwealth Towers launched in ?May 2014 sold 85 units.

The Santorini reported the fifth highest sales at 75 units in April.