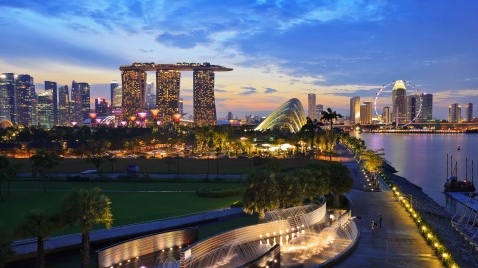 DC rates for the residential, landed use group increased by 6.3%, the highest since September 2013.

In its half-yearly review, the Ministry of National Development hiked the development (DC) rates for the residential use group for the period of 1 September 2021 to 28 February 2022.

DC rates for the commercial use group decreased by 0.7% on average. Rates for use in the hospitality, industry, place of worship, and other use groups have remained the same.

In a statement, CBRE Southeast Asia Head of Research Tricia Song said these increases were within their expectation.

“The increase is largely within expectations, with the strong activity observed in the GCB market, boosted by fresh demand from nouveau riche in industries which benefitted from pandemic-induced trends,” Song said on the residential, landed rates, adding that the increases in the B2 rates were expected due to robust bids in government land sales.

Wong Xian Yang, head of research for Singapore at Cushman & Wakefield, noted that DC rates in the non-landed residential group increased in 116 out of 118 sectors ranging 2% to 19.3%, whilst the remaining two sectors stayed the same. The 19% increase applied to sectors 16 and 107, possibly from the sale of GLS sites and sites from the collective sales market.

“In DC Sector 107, the private housing site at Ang Mo Kio Avenue 1 has drawn the highest bid of S$381.4m or nearly S$1,118 price per square feet per plot ratio (psf ppr) in a state tender that closed in May 2021. In July 2021, the Lentor Central site attracted a top bid of S$784.1m or S$1,204 psf ppr. Both land tenders attracted healthy participation rates and robust bid price from developers indicating their hunger for land, driving up land prices. In DC Sector 16, Maxwell House was sold en bloc for S$276.8m. Whilst it is zoned commercial, the developer has plans to redevelop the site into a commercial and residential mixed-use development, according to media reports,” Wong said.

For the landed residential group, the highest increase was for sector 67, by 18.3%, whose notable transactions include the purchase of a Nassim Road GCB at $4,005 psf.