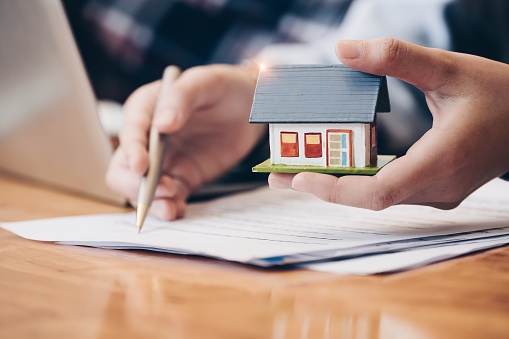 However, compared to the same period a year ago, sales were down by 58.8%.

The increase in units sold for the month was driven by Belgravia Ace, the first new landed development launch for 2022. A total of 77 units (90.6%) was sold in the 107-unit strata-landed project in ​​Ang Mo Kio at an average caveated price of $4.4m or a median price of $1,080 psf.

Knight Frank said the performance of Belgravia Ace in January was a “subtle testimony to the underlying strength of the private residential market.”

The launch of Belgravia Ace also pushed the proportion of purchases priced at $2m and above to 50.5%, according to Huttons.

January’s total sales volume, however, was 58.8% lower when compared to the same period in 2021.

OrangeTee said the decline is mostly because of the absence of new launches this month. In January 2021, there were three major launches including the 1,862-unit mega project at Normanton Park, the 700-unit Parc Central Residences, and the 429-unit The Reef at King's Dock, which sold 645. 417, and 221 units, respectively.

On the other hand, there were only two smaller project launches during January 2022: the Belgravia Ace and 16-unit Ikigai.

“Due to the absence of new launches, existing launches continued to pare down their unsold stock. Besides Belgravia Ace, other best-selling projects include Normanton Park, The Woodleigh Residences, Dairy Farm Residences, and The Florence Residences,” OrangeTee said.

Overall, PropNex Realty said the private residential market’s performance in January 2022 was “still pretty respectable” and “quite encouraging ​​considering the limited new projects being launched, the seasonal lull leading up to the Lunar New Year, as well as fresh property curbs having been introduced in December.”

“The performance in January perhaps offers some hope that the demand for new private homes has not been severely hit by the new cooling measures. It is the highest private home sales for the month of January since 2014, with the exception of January 2021 (1,633 units; see table below), where sales were largely boosted by the launch of mega-development Normanton Park a year ago,” PropNex said.

According to Huttons, most of the buyers of Belgravia Ace were first time buyers, thus were not affected by the cooling measures.

Looking forward, Knight Frank said the cooling measures will result in volumes and prices showing “ tentativeness in Q1 and perhaps Q2 2022 before underlying fundamental buyer demand kicks in to re-establish momentum, as a lack of inventory will continue to underpin demand.”

The new cooling measures, however, will result in volumes and prices are expected to show tentativeness in Q1 and perhaps Q2 2022 before underlying fundamental buyer demand kicks in to re-establish momentum.”

“The private residential market in 2022 is expected to be more subdued compared to 2021, taking into consideration the cooling measures and expected interest rate hike,” Knight Frank said, adding that it expects new sales volume to reach around 8,000 to 9,000 units with fewer launches in the pipeline, while 16,000 to 19,000 units might be sold in the resale market driven primarily by owner-occupier demand.

“Owner-occupiers, looking to upgrade and right-size, are generally unaffected by the Additional Buyer’s Stamp Duty (ABSD) revisions and will surely comprise the majority of buyers in 2022,” the analyst added.

In the near term, Ohmyhome said sales will be tapered in February due to Chinese New Year festivities and developers may hold off new launches.

“Developers are likely to space out their project launches and intermittently release units over several months as a result of a dwindling inventory of unsold units, presence of cooling measures and rising interest rates,” the analysis said.