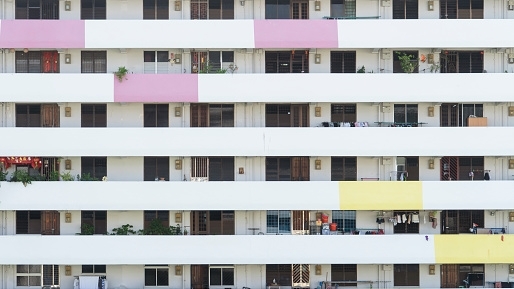 What are the pros and cons of HDB’s new SERS rehousing options?

SERS occupants can opt for a 50-year lease or lease buyback scheme for replacement flats.

Owners of flats undergoing Selective En bloc Redevelopment Scheme (SERS) now have two options when opting for a replacement flat: a 3-room or a larger flat on a 50-year lease at designation replacement sites, or a lease buyback scheme. Both options present upsides and downsides, according to experts.

The 50-year lease is especially beneficial for owners “who do not have the intention of selling their flats and may wish to live out the balance lease of the unit,” said OrangeTee.

OrangeTee added that the shorter lease is also beneficial to the elderly given that they would not have to top up money for the new unit.

"It may also be viable for elderly singles who may not have the intention of passing their units as an inheritance to anyone. Therefore, it may make more financial sense to incur less or no upfront cost now," the property expert added.

But for those who would like to "bequeath" their children, Huttons said it's better to opt for the 99-year lease flats.

"The resale price of the 50-year lease flats will be lower and may be used inadvertently by some DIY buyers as a benchmark for the value of the 99-year lease flats," Huttons said.

OrangeTee echoed this, adding:  "When these flats are put up in the resale market later, the valuation process and finding comparables may not be straightforward as there is no precedence of brand new flats being sold with much shorter leases."

Whilst the 99-year lease option presents a better upside in capital appreciation, PropNex said flats bought on a 50-year lease could still be "attractive" to buyers.

"Should the owner decide to sell the replacement flat right after the 5-year minimum occupation period (MOP) is met, we think the replacement flat – which has a lease balance of 45 years at that time but is just 5 years old - could still be more attractive than some of the much older resale flats in the area," PropNex said.

"Its newness will be appealing to some buyers who may not mind the shorter lease," it added.

But if the owner sells the flat after living in it for more than  20 years, PropNex said its "pool of potential buyers will likely shrink and it may also be more difficult for the next buyer to obtain financing to purchase the flat."

In general, PropNex said the additional options for SERS occupants are a welcome move as it will help bring down the process of replacement flats, making them more affordable.

Huttons added that the new options could also be viewed as "an initial trial to gauge acceptance level before being used for Voluntary Early Redevelopment Scheme (VERS).

"VERS residents will find themselves in the same situation and it is important to get the policy for VERS right to get it off to a flying start," Huttons said.