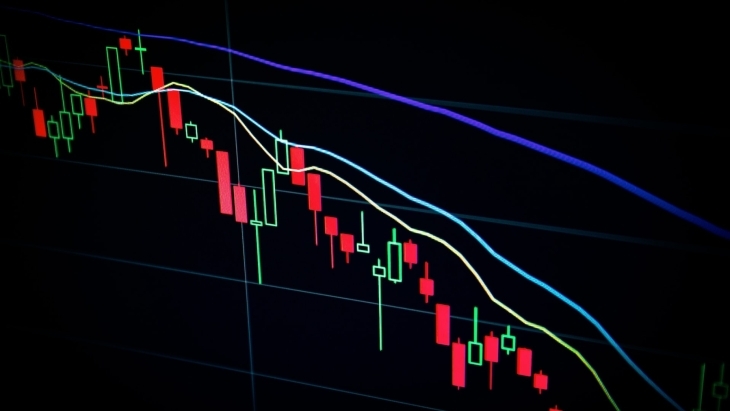 Singapore’s initial public offering (IPO) market will see no improvement in the last six months of 2022. The Lion City is riding the same bleak wave as the rest of the world, and the expected slowdown of economic growth will further put a damper on companies’ interest to go public, analysts told Singapore Business Review.

Stephen Bates, Partner and Head of Transaction Services, Deal Advisory, KPMG in Singapore, noted that the slowdown in particular reflected geopolitical tensions, the corresponding inflation in food and energy costs, and subsequent increases in interest rates in the US and other markets. “Special purpose acquisition companies (SPAC) IPOs have also weakened given the depressed equity markets and rapid decline in prices for more recently listed entities,” he noted.

On the hopeful side, Singapore’s IPO market improved compared to the height of the pandemic, recording a total of 12 IPOs over the past 18 months. Six of these IPOs were in the first quarter of this year, with the second quarter recording another four IPOs–a strong improvement compared to just two for the whole of 2021, and just one more IPO shy of the 11 IPOs that took place in 2019, before the pandemic hit, according to EY.

This was thanks to locally-headquartered companies going public. Nine out of the 12 companies who made public debuts in the past 18 months call the Lion City home, according to Bates.

“The SGX has been an attractive bourse of choice for both domestic and foreign trusts and this momentum is expected to continue however could be slowed due to prevailing economic headwinds,” Wong said.

Wong expects a “slight decline” in listings in the last six months of the year as global woes bare its claws against the economy with Singapore likely to be affected as well.

Instead of listings, companies may opt to look at other markets to raise money–the bond market especially receiving interest, even from already listed companies.

“There are many options and alternatives [such as] private capital, alternative listing venues and there is never a one size fits all in one’s bid to raise funds for growth and success,” Wong said. “Many listed entities are also looking at the bond market as a source of funds compared to equity markets. However, this may be challenging given rising interest rates.”

SPACs to the rescue?
One feature that notably characterised the 2021 IPO market was the introduction of SPACs by authorities in Singapore. In simpler terms, an SPAC is a “blank check” company that raises capital through an IPOfor the purpose of acquiring an existing operating company, according to PwC.

The Singapore Stock Exchange (SGX) began listing them in September 2021, a move that catalyses Singapore’s IPO market moving forward, according to Bates. Three SPACs successfully listed on the SGX during the first half of 2022: Vertex Tech SPAC, Pegasus Asia SPAC, and Novo Tellus SPAC. They each successfully raised S$208.03, S$170m, and S$150m, respectively.

All three SPACs are characterised by their intention to invest in technological companies. Indeed, the technology sector continues to outperform in the global IPO market.

“Private Equity (PE) and Venture Capital (VC) firms are now refocusing their 2022 investments towards technology that will fuel industry transformation over the next ten years and beyond. Fintech in the domains of climate change, supply chain, financial and crypto market infrastructure, artificial intelligence and agritech are attracting high interest,” Bates said, adding that KPMG expects SPACs to position the wider Southeast Asian region as one of the largest deal markets in APAC.

The full positive net effect of SPACs in the IPO market of Singapore and the wider Southeast Asian region, however, is not expected until 2023.

Tech and energy outperform
Globally, listings from tech firms continue to prop up the IPO market. In the first six months of the year, there was reportedly a total of 120 IPOs from the sector, although the average deal size came down from US$293m to US$137m, according to data from the EY Global IPO trends Q2 report.

In terms of proceeds, the energy sector has overtaken the lead with the average deal size of proceeds increasing from US$191m to US$680m.

EY expects that a greater focus on renewable sources of energy in the face of increasing oil prices will help the sector continue to lead by proceeds from bigger deals.

“Further, environment, social, and governance (ESG) will continue to be a sector-agnostic key theme for investors and IPO candidates. As global climate change and energy supply constraints intensify, companies that have embedded ESG into their core business values and operations should attract more investors and higher valuation,” Wong said.

“ESG adoption, net zero investments, and impact investments are on the rise, fuelled by cross-industry demand and a desire to make an impact. As the momentum for these investment channels continues to gain steam, investors are refining and evolving their strategies,” Bates noted, adding that the recent Point Zero Forum is a good yardstick for the fintech space–indicating future investment into digital assets, as well as sustainable and embedded finance.

Wong echoed this sentiment. “In the next 12 months, high growth companies in the technology, energy, health care and industrial sectors should still very much be the mainstay of companies seeking to go public and raise capital,” he said.

The opposite story for REITs are notedly Singapore’s “most significant type of listing” representing 12% of Singapore’s overall stocks, generating an average dividend yield of 6.4%—amongst the highest in the region.

However, analysts do not expect any new REITs to list, with the sector moving towards consolidation instead.

“Amidst the challenging global real estate market, the S-REIT sector has instead seen six successful consolidations since 2018 with one more merger–between Mapletree Commercial Trust and Mapletree North Asia Commercial Trust–currently ongoing with the respective unit holders’ approvals obtained in May 2022, as S-REITs seek economies of scale and competitiveness,” Bates said.

He added that given the current economic climate, any new REITs listed would likely be at a discount due to more favourable economic conditions. “We do not expect to have any significant REITs listed in the second half of 2022,” he added.

Wong also noted that the lacklustre appetite from REITs is just endemic to the downtrend felt across the global IPO ecosystem.

“That said, should such subdued sentiments continue on a prolonged basis, the market may start to lose depth. Hence, it is important that the SGX continues to be attractive to companies with IPO aspirations,” Wong said.

In the end, investor sentiment will depend on the state of the economy through 2023. “A robust economic environment will engender more IPOs as corporates address more opportunities for growth and expansion. Financial performance and track records should be healthier and this makes for a more compelling story for investors and stakeholders,” he said.