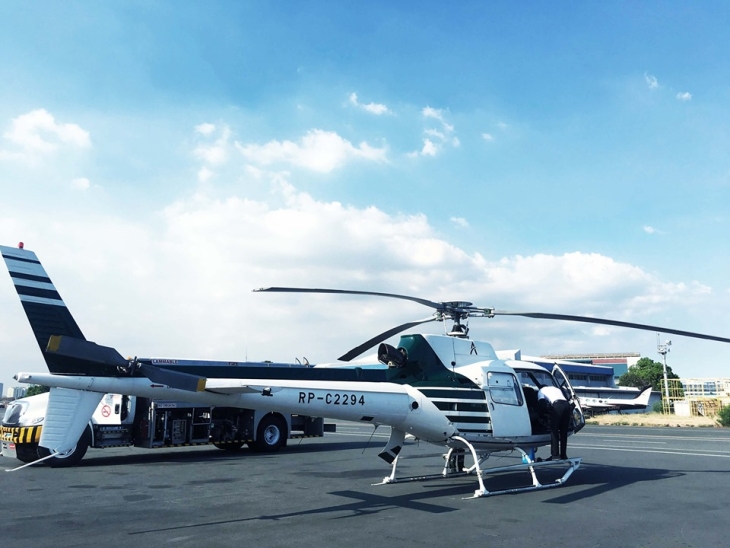 Passenger air vehicles are having trouble taking off because of the city’s good traffic conditions and regulations.

With Singapore’s light traffic, it may seem that firms that build passenger drones are struggling to find a role for themselves in the urban air mobility (UAM) space. However, consulting firm Roland Berger estimates that the number of passenger drones in operation could grow to 3,000 by 2025 and hit 98,000 by 2050, although they are only expected to take to the skies by 2020.

In Singapore, two firms so far have confirmed that they are bringing in passenger drones to the city. German firm Volocopter is looking to build an air taxi port in southern Singapore waters and is scheduling trials for its air taxi operations in the second half of 2019. Earlier in 2018, American company Bell Helicopter announced that its air taxis will take flight by 2025.

Although Singapore trails only behind Hong Kong in McKinsey’s global transport index with its highly efficient public transportation infrastructure in place, paired with innovative mobility options such as electric car sharing and on-demand buses, there are still routes where air taxis could gain further traction and address systematic pain points.

Also read: What Singapore got right in urban mobility

“For instance, passengers travelling between Changi Airport and Sentosa or Jurong will still likely save a lot of time and hassle if they choose air taxis. The regulatory infrastructure in Singapore (e.g., against the use of drones) is well placed to provide a safe operating environment for air taxis. The same cannot be said of other jurisdictions,” assistant professor in Singapore Management University Terence Fan told Singapore Business Review.

Despite the pain points in the transport system, there are also Singapore-grown firms seeking to kickstart the passenger drone business outside their home country.

Homegrown air taxi startup Ascent made the decision to launch in the Philippines last April, and Neo Aeronautics is bringing its passenger air vehicles (PAVs) to California by late 2020. Lionel Sinai-Sinelnikoff, founder and CEO of Ascent, stated that when thinking of a new market, the factors they kept in mind were a country’s traffic conditions, a ready ecosystem of helipads, helicopters and regulations compatible with such schemes of operation which are all present in the Philippines.

“Given these conditions, we’re hopeful of what we can do within the Philippines and the response has looked very encouraging thus far,” Sinai-Sinelnikoff said. “The Philippines is and has been an attractive destination for businesses especially in the most recent years.”

On their part, Neo Aeronautics’ founder Neo Kok Beng explained that they don’t currently operate air taxis due to US’ Federal Aviation Administration (FAA) regulations but enable club members to use the PAVs for recreational and sports purposes. Its Part 103 ultralight category Crimson S8 unit also requires no pilot license, anyone can fly after attending a training session.

“The NEO Aeronautics’ Crimson S8 Personal Aerial Vehicle (PAV) is designed in conformity to existing US FAA 14 CFR Part 103 (Ultralight category). There are clear rules and regulations on its certification, production and usage for us to work on the commercialisation milestones,” Beng said, adding that they chose California partly due to its vibrant aerospace industries.

“We see PAVs as complementary option to urban mobility globally, not a replacement. It is like the low-cost or budget airlines, they will expand the pie,” he said.

“[I]f we are to launch our services in Singapore, we believe it will be on fixed routes; such as Changi airport to Marina Bay or Sentosa. I believe an interesting option will be Singapore to Batam, and maybe even Singapore to Johor Bahru with very supportive immigration authorities. Another option is to provide recreational and sightseeing flights and enhance Singapore’s position in tourism,” he added.

Air taxis may start small
Dominated by high-rise buildings and heavy tropical downpours, air taxis first need to overcome logistical obstacles to be able to navigate Singapore’s challenging environment, according to Fan of SMU. During peak times, Fan notes that the government is likely to initially limit air taxis to only limited air corridors in an effort to limit the applicability of air taxis to the general public as well as potential congestion in these air taxis.

Most developments in the country’s urban air mobility space revolve around delivery and e-commerce that are split across a total of six projects, according to Roland Berger, which estimates that 100 projects have taken off globally

Aeronautics company Airbus is currently testing its ship-to-shore delivery drones. Singtel, in partnership with NCS and HopeTechnik, is also looking out for possibilities to offer ‘Drone-as-a-Service,’ suggesting how passenger transport may be taking the backseat to drone solutions that aim to resolve logistical issues around online retail.

“This is driven by the very dense public area/ high population density (which drives the need for relief for delivery & e-commerce, as well as makes it more difficult to build landing ports) and a good public transportation system (which has less needs for passenger transport),” Nikhil Sachdeva, senior consultant at Roland Berger, said.

Fan also said that launching in a different market with worse traffic conditions than that of Singapore would make more sense, especially when its well-positioned in terms of urban mobility.

“[Air taxis] will likely still start out small in Singapore,” Fan said. “People need to learn to increase their trust on air taxis and try them out before they can take off in a big way.”

However, this doesn’t mean that air taxis will not grow in Singapore as congested urban areas and heightened street traffic open the doors for PAV businesses.

“We must remember that air taxis also have multiple use cases: they can be used to avoid traffic, for medical evacuation, for business travelers, for island-hopping, etc. Exactly which use case(s) become relevant for the Singapore market is yet to be seen, and depends on a number of factors including actions by market players, as well as the government,” concluded Sachdeva.