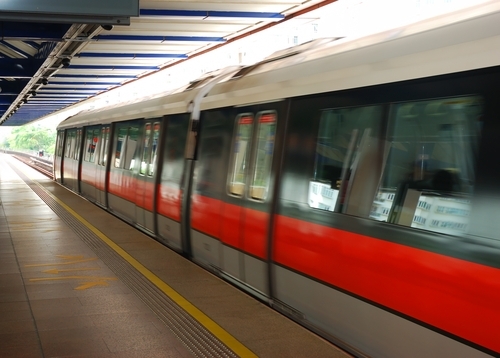 Meanwhile, Singapore residents greatly appreciate their transport system and how it has evolved over the last years—they are the most satisfied on 13 out of 14 aspects analysed, both in terms of their transportation’s current state and its changes, as compared to residents globally.

Stefan M. Knupfer, one of the study’s authors, said, “The fundamental dilemma ‘how to get high-quality service at low cost?’ is relevant for public transit as well: how to create dense, efficient and comfortable public transit and keep it affordable without heavy subsidies? Singapore represents a notable example in achieving high results across all dimensions, including affordability.”

Singapore, as well as Los Angeles and Chicago, are considered leaders in the affordability subdimension. “They have strong positions in terms of affordability of monthly public transport tickets and the number of subsidized passenger categories, and most of them have relatively low taxi fares relative to residents’ income,” Knupfer said.

In the city, a major step toward affordability was made in 2013, when the fares were reviewed and new measures were introduced, including a 15% discount on adult fares for low-wage workers, free travel for children, and seven other concessions. As a result, more than one million public transport passengers benefited from the new scheme.

As a comparison, Hong Kong residents stood out with their general satisfaction with the dynamics of public transport costs. Hong Kong is implementing initiatives to further improve transport affordability by providing a variety of fare promotions for regular users, the elderly, and disabled passengers, McKinsey said.

In terms of efficiency, Seoul and Singapore are considered distinctive because of their average wait time and share of dedicated lanes, respectively, and are relatively good across the other indicators. The country’s Land Transport Authority (LTA) is working on developing a system of predictive maintenance, the study added. Residents are considered satisfied with Singapore’s public transport efficiency.

Singapore ranked eighth in terms of convenience, which measures the quality of service provided by cities’ transport systems based on travel comfort, ticketing system, electronic services, and transfers.

Residents have shown general satisfaction towards public transport convenience. Perceptions of the ticketing system and electronic services were raised by a notch higher, indicating that Singaporeans are even more satisfied with these.

The study cited Singapore’s contactless stored-value card EZ-link, introduced for public transport in 2002. “The scheme successfully blends the major ticketing advances—it can be topped-up via multifunctional EZ-Link App, lets users earn and redeem reward points for all transactions made with the EZ-Link card, including non-transport services. In 2017 LTA piloted paying for bus and train rides with credit cards,” it added.

In terms of other categories, Singapore scored 40 out of 65 in terms of safety and 24 out of 35 for environmental impact.

Singapore is one of the top three cities for safety, ranking beside Hong Kong and Paris. They have much lower rates of public transit fatalities per one million people as compared to other cities.

McKinsey cited Singapore’s raised zebra crossings that force drivers to slow down and allow pedestrians to be seen better. In general, residents are considered very satisfied with safety.

Singapore is also one of the leading cities for ecological sustainability due to its various restrictions, including its enforcement of a Euro-6 fuel standard.

“As the population is expected to grow to more than six million people by 2030, the government is improving the existing transport network by building a new terminal and runway at Changi Airport, extending and increasing the reliability of the Mass Rapid Transit (MRT) system, opening more cycling paths, and launching EV sharing and taxis, amongst other initiatives,” Knupfer added.

Other findings of McKinsey’s study suggest that Singapore has the highest ranking in urban mobility — which encompasses both public and private transport — and is the third best in the world for its private transport system.