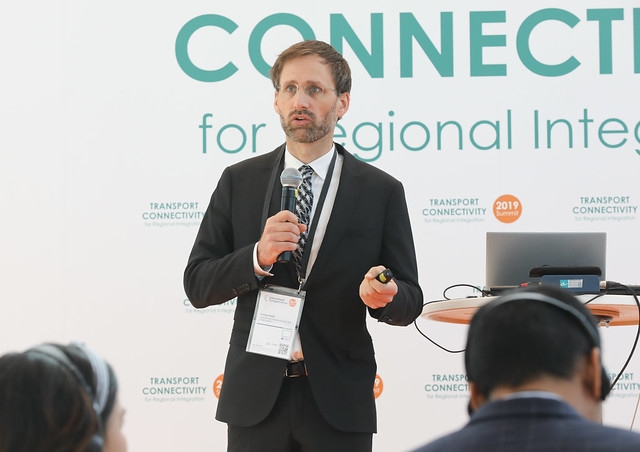 What Singapore got right in urban mobility

It also has some points it can improve on, according to global policy experts.

In Asia, Singapore has one of the most efficient and connected transport systems with a McKinsey study ranking the Lion City as having the world’s second best public transport system, trailing only behind Hong Kong . The city-state seems to be unstoppable in continuing to amp up and simplify connectivity across the island after the Land Transport Plan 2040 unveiled by the Land Transport Authority (LTA). The ambitious scheme eyes to make journeys to take no more than 20 minutes for commuters to get to and from one’s home to the nearest neighbourhood centre and 45 minutes or less to complete peak-period journeys between homes and workplaces.

The LTA is also eyeing to build about 700 km of cycling paths by 2030 and setting up more Integrated Transport Hubs (ITHs) including Bidadari, Buangkok, Punggol North, Pasir Ris, Tampines North and Tengah. Aside from this, the scheme includes a feasibility study of setting up a new rail line between the north and northeast regions of Singapore and the extension of the Downtown and Thomson-East Coast Lines by 2040, and two new stations, Brickland and Sungei Kadut, will be added to the North-South Line.

As transportation has a domino effect, other areas are poised to feel the impact of the big move as well. “We see the new plans as benefiting the property market. The new industrial cluster at Sungei Kadut will benefit from the improved connectivity and address a long time concern of companies who had some difficulties hiring," real estate firm Huttons said in a statement regarding the development.

At the sidelines of the International Transport Forum (ITF) 2019 held in Leipzig, Germany from 22-24 May, Singapore Business Review spoke with Dr. Philipp Rode, executive director of LSE Cities and Urban Age from the London School of Economics and Political Science (LSE) after he, together with LSE Cities policy fellow Catarina Heeckt, discussed their study entitled “National Transport Policy and Cities: Key policy interventions to drive compact and connected urban growth.” Rode highlighted how Singapore’s being a city-state is a big advantage in terms of carrying out wide-ranging transport and urban policies.

“So in some ways, it can roll out policies, or national policies that from the beginning are open policies. Most states really need to differentiate between urban policies, and then policies that concern their wider territory,” he explained. The LSE Cities paper presented by Rode and Heeckt proposes that a smart transport policy plays a vital role to play in laying the foundation for better urban structures, boosting public transport use, making it safe and easy to walk or cycle, and discouraging private car use.

“You will not imagine how rare that [combined transport and land governing body] is. It's almost non-existent in many other like Indian cities where I come from, or African cities, they are separate entities. And because of that you have this issue of a land development occurring wherever land is cheap. It's not happening in conjunction with other transport infrastructures,” Mahendra told Singapore Business Review after she presented their study entitled “From Mobility to Access for All: Expanding Urban Transportation Choices in the Global South” at the ITF.

“You can't just solve [problems regarding] the public transport. You have to have road pricing and manage private vehicle demand,” Mahendra continued, adding that Singapore is one of the first globally to implement electronic road pricing. This, according to her, has affected the city-state’s car ownership, which goes by around 554,000 in April 2019 based on data from LTA.

Mahendra’s study, which was co-authored with other transport experts, argues that more accessible cities stand the best chance of solving the problems of deteriorating environmental quality and economic competitiveness that result from growing traffic congestion and urban sprawl.

Despite the international recognition of its transport system, there are still areas where Singapore could work on to ensure commuters with a more comfortable travel up to the last mile. A recent study by global infrastructure firm AECOM of over 1,000 Singaporeans even found that 58% find it increasingly stressful to travel via public transportation. Amongst them, 22% rated overall public transportation as unaffordable, whilst 20% rated public transportation reliability as ‘poor’.

For Rode, Singapore needs to consider urban sustainability issues although it has already established itself as one of the pioneers in the sustainable urban and transport planning. “I think, even a place like Singapore needs to do much more in order to reduce carbon emissions, reduce the number of private vehicle use, increase the greening of buildings, the reduction of using conventional concrete steel sands, which are scarce resources we are running out,” he explained.

The Lion City is also the birthplace of ride-hailing unicorn Grab. When asked whether the rise of ride-hailing platforms like Grab is beneficial for Singapore’s urban mobility ambitions, Mahendra said that such services should be seen as a provider of alternative modes and choices for commuters. “At the end of the day, we don't want to restrict transportation choices to people. However, we want to ensure that the city is sustainable in the sense that safety remains, everybody has access. congestion doesn't go high, pollution doesn’t go high, there has to be some regulation,” she explained.

The director suggested rolling out regulations that can integrate ride-hailing platforms into public transport schemes as what has been done in the city of Hamburg in Germany where on-demand last mile carpooling service Ioki has virtual stops to fetch commuters and bring them to train stations.

Like Singapore, Hamburg is looking to kick off integrated transport hubs called switchh which will serve as a terminal for taxis, ride-sharing modes, including cars and bicycles alongside metro and regional train stations in residential areas. The city targets to launch about 50 switchh points all over the city as part of its Intelligent Transport System (ITS) strategy to ensure better public transport in Hamburg.

“Let the city [Singapore] have the public transport corridor, but maybe work in partnership,” Mahendra said. “Maybe provide the access for disabled people provide subsidised access for low income people, bringing them into the public transport system. So there is a way that cities can work in partnership with these private providers. And that needs to happen much more.”

The International Transport Forum (ITF) 2019 was held on 22-24 May at Leipzig, Germany under the Korea Presidency. ITF is an inter-governmental association with a mandate for all forms of transport within the Organisation for Economic Cooperation and Development (OECD).