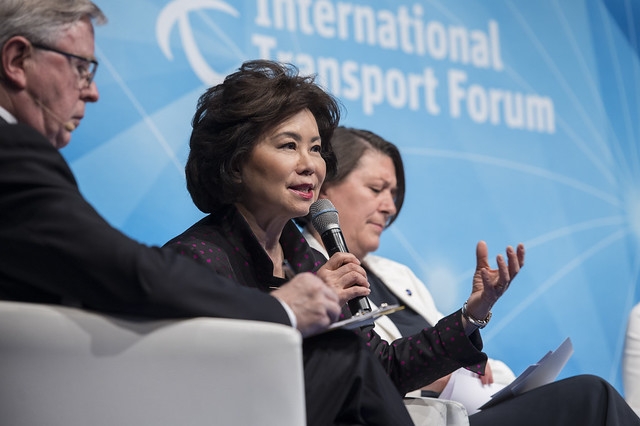 Check out its efforts vis-a-vis innovation-driven countries such as Germany and Korea.

Autonomous vehicles (AVs) have emerged in Singapore in the recent years. ComfortdelGro had just launched a fully driverless shuttle at the National University of Singapore’s (NUS) Kent Ridge campus as part of a year-long study to gauge the commercial viability of autonomous vehicles. This comes after Nanyang Technological University (NTU) and Volvo Buses, in partnership with the Land Transport Authority (LTA), unveiled what they claimed to be the world’s first full size, autonomous electric bus and the trial of two driverless shuttles in Sentosa along a 1km stretch of service road at Tanjong Beach in 2018.

As the city-state intensifies efforts to integrate AVs into its transport system, Enterprise Singapore (ESG), together with the LTA, Standards Development Organisation, and the Singapore Standards Council laid down a provisional national standards called Technical Reference 68 (TR 68) in January, which aims to promote safety in deploying fully autonomous vehicles in the city-state. Through an industry-led effort made up of four working groups comprising representatives from the AV industry, research institutions, institutes of higher learning and government agencies, TR68 was developed to cover four key areas of AV deployment including vehicle behaviour, vehicle functional safety, cybersecurity, and data formats.

“As we work together with the industry to prepare for the pilot deployment of autonomous vehicles in Punggol, Tengah and Jurong Innovation District in the early 2020s, we hope that TR 68 will guide AV industry players in the safe and effective deployment of AVs in Singapore,” said Loh Ngai Seng, permanent secretary for transport and chairman of the Committee on Autonomous Road Transport for Singapore (CARTS).

In a report, Fitch Ratings said that TR68 will not only boost Singapore’s development and adoption of AVs but will also attract foreign autonomous technology firms to the country. “A combination of an ageing population and new pressure on governments to monitor the cognitive capacity of drivers over the age of 75 make Singapore a compelling market for AVs,” the firm added.

Singapore trailed only behind The Netherlands in readiness for driverless cars, according to a study by KPMG which assessed 25 countries based on different variables such as policy and registration. “It [Singapore government] is seriously investigating the possibilities as well as preparing for a regulatory environment that will facilitate a future that is autonomous.” Satya Ramamurthy, KPMG’s partner and head of infrastructure, government and healthcare, said in the report.

Is it time for AVs outside test beds?

Around the world, driverless vehicles have been a hot topic and development. At the opening plenary of the International Transport Forum (ITF) held in Leipzig, Germany from 22-24 May, US secretary of transport Elaine Chao stressed that AVs could pave the way for road safety, citing that 94% of vehicular accidents have taken place due to human error.

“So the promise of automated driving system is in fact safer driving for two key constituent communities, to people with disabilities and the elderly. AVs can return freedom to these groups and give them back their mobility,” Chao said, noting that the United States prioritises safety, infrastructure, and technology in transportation. Moreover, the secretary said that the US is making sure that they are providing ample opportunities for the private sector to join their initiatives to deliver better transport in the country.

Meanwhile, in Hamburg, Germany, initiatives have also been laid down to accelerate the development of AVs as part of the city’s Intelligent Transport System (ITS) Strategy which was initially approved by the Hamburg Senate in 2016. The country’s second largest city has unveiled an inner city test track spanning 9 km funded by the Federal Ministry of Transport and Digital Infrastructure.

The Volkswagen Group Research also joined the ITS initiatives with a fleet of five e-Golf units equipped with laser scanners, cameras, ultrasonic sensors and radars that are driving along a three-kilometre section of the test track. The research is testing autonomous driving to Level 4 or High Automation, which requires minimal attention for safety, under certain conditions and at a real driving condition.

Just like Singapore, Hamburg is also looking to embrace autonomous vehicles in their public transport with the launch of the Hamburg Electric Autonomous Transportation (HEAT) in 2019 that will create a circle route for a public transport e-mini bus with a maximum speed of 50kms/hour. Funded by the Federal Ministry for the Environment, Nature Conservation and Nuclear Safety, HEAT is eyed to be fully automated by 2021. Additionally, Hamburg also unveiled a driverless new underground train line which will run through the city centre. With its first construction section from Bramfeld to City-Nord which runs 5.8km, the Line 5 aims to connect the city’s densely populated districts with a population of over 150,000 people.

“The digital transformation is in full swing. It creates huge opportunities for the transport sector, which we will exploit to shape tomorrow’s mobility. New technologies will help us make the mobility of people and goods safer, greener, and more efficient,” senator Michael Westhagrmann from the Hamburg Ministry of Economy, Transport and Innovation said in a report.

The road to full automation is not without questions left unanswered, of course. Dr. Britta Oehlrich, head of business development from Hamburger Hochbahn, the operator of mass transport systems including trains and a large part of the bus systems in Hamburg, acknowledged that ethical questions arise in considering a fully driverless transport scheme, including who will be to blame in the case of an accident as vehicles come across a wide range of external factors such as snow and rain. To this day, the topic has sparked discussion from lawyers and psychologists, Oehlrich said.

This year’s ITF President, South Korea, has also showcased its effort toward the development of autonomous cars in a test bed area called K City located in Hwaseong, Gyeonggi, an hour away from the capital Seoul. Amongst the test bed’s features are school zones that have children’s crossings that send signals to cars to limit speed automatically to 30 kph as a road safety precaution for children. K City also features a number of roads that are ‘under construction’ and signals AVs to look for other routes.

“By 2020, we want to make the environment Level Three in automation,” representatives from the Korea Transport Safety Authority (KTSA) said in the booth at the ITF Fair. Level 3 automation allows the driver to take their hands off the steering wheel when manoeuvring the car. They added that K-City’s data sharing centre for automated vehicle and weather environment facility are also targeting to reach Level Four of the autonomous technology.

The KTSA representatives noted that they are collaborating with Singapore’s Centre of Excellence for Testing & Research of AVs - NTU (CETRAN). CETRAN is a joint initiative of the LTA, JTC, and NTU focused on the development of testing requirements for self-driving vehicles in the 1.8 ha CETRAN Test Circuit at CleanTech, Singapore’s first eco-business park.

The International Transport Forum (ITF) 2019 was held from 22-24 May at Leipzig, Germany under the Korea Presidency. ITF is an inter-governmental association with a mandate for all forms of transport within the Organisation for Economic Cooperation and Development (OECD).