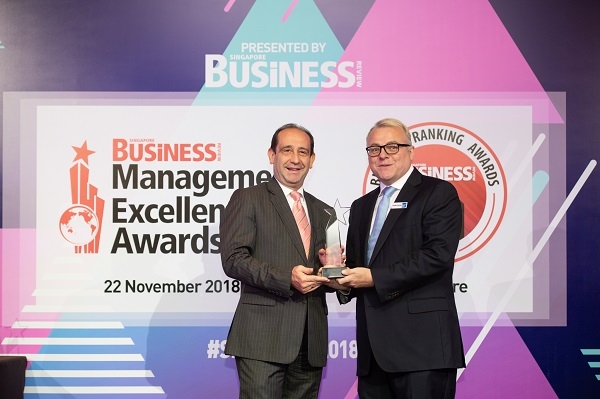 A leader with passion and conviction, veteran hotelier Cavaliere Giovanni Viterale led The Fullerton Heritage into a new era of growth and expansion.

Hailing from Salerno on Italy’s Amalfi coast, Cavaliere Giovanni, General Manager of The Fullerton Heritage, first arrived in Asia in 1994. Cavaliere Giovanni, formerly the resident manager of the Conrad Hotel Hong Kong is a hospitality industry veteran whose career spanned 15 years in Hong Kong prior to relocating to Singapore in 2010.

Despite his time away from Hong Kong, Cavaliere Giovanni’s ties remain. Since July 2014, Giovanni was appointed as the executive director of Sino Hotels (Holdings) Limited which is the hospitality management arm of Sino Group and an affiliate of Sino Land Company Limited. In this capacity, Giovanni also oversees the Group’s six hotels in Hong Kong: City Garden Hotel, Hong Kong Gold Coast Hotel, Island Pacific Hotel, The Royal Pacific Hotel & Towers, The Pottinger Hong Kong, and The Olympian Hong Kong.

Moreover, Cavaliere Giovanni was knighted in 2016 with the Order of the Star of Italy or Ordine della Stella D’Italia. Bestowed with the honour by the President of the Italian Republic, Cavaliere Giovanni joins a distinguished group of fellow Italians worldwide who have been recognised for their efforts in facilitating the promotion of friendship and cooperation between Italy and Asia. Instituted in February 2011, the Order of the Star of Italy represents a special declaration in recognition of outstanding individuals who may be either Italians or foreigners. Its original post-war connotation recognised those who had contributed to the reconstruction of Italy. Today, its criteria takes into consideration the preservation of the Italian spirit and the promotion of Italy abroad through the Italian language, scientific and technological research, pastoral missions, commercial enterprises and employment opportunities for fellow nationals worldwide.

The Singapore Business Review Management Excellence Awards honours the country's most outstanding business leaders, including trailblazing individuals and teams whose initiatives have brought tangible business gains for their company's operations.