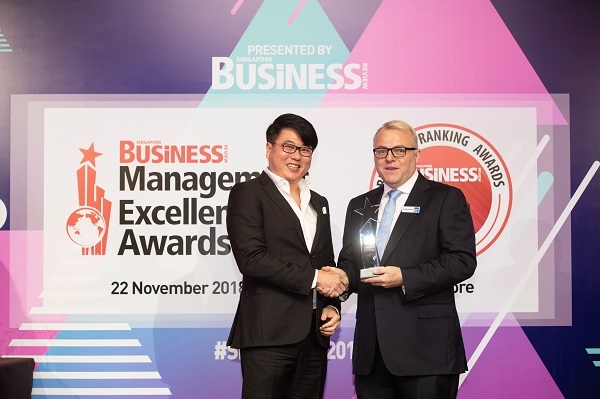 As Executive Chairman & Group Chief Executive Officer of Cityneon Holdings Pte Ltd, Ron Tan managed to transform the company to become one of the fastest-growing companies in Singapore. Aside from stirring Cityneon Holdings to stronger financials, Tan also forged strong relationships with international movie studios like Disney, Marvel, Hasbro, Universal Studios, Lionsgate amongst others. He also partnered with multinational companies and government agencies globally for the company's four divisions. Most recently, Tan brought to Madrid, Spain, Jurassic World: The Exhibition. Based on one of the biggest blockbusters in cinematic history, Jurassic World: The Exhibition immerses audiences of all ages in settings inspired by the groundbreaking film franchise Jurassic World. For bringing these immersive experiences to life, Tan won Executive of the Year-Media & Entertainment at the SBR Management Excellence Awards 2018.

Jurassic World: The Exhibition blends real-world science and education with the very best in high-quality entertainment. Not only will visitors be able to see real dinosaur fossils, they will be able to imagine what it would have been like to walk amongst these breathtaking animals. Featuring the closest simulation of dinosaurs ever created, the Exhibition was developed in close collaboration with renowned paleontologist Jack Horner, who served as the Paleontological Advisor on Jurassic World. Jurassic World: The Exhibition was produced in conjunction with Universal Brand Development and Victory Hill Exhibitions, a wholly-owned subsidiary of Cityneon Holdings Ltd. It is also infused with interactive educational elements inspired by the real-world science of dinosaur DNA that allowed Jurassic World to come to life. Visitors to the Exhibition will travel to Isla Nublar. As VIP guests, they get to explore a towering Brachiosaurus, come face-to-face with a Velociraptor, and get a rare up-close look at the most vicious dinosaur of them all, the Tyrannosaurus rex. Visitors can get closer to these incredible prehistoric creatures than ever before in Jurassic World: The Exhibition.

The Singapore Business Review Management Excellence Awards was held on November 22, 2018 at the Conrad Centennial Singapore. The award honours the country's most outstanding business leaders, including trailblazing individuals and teams whose initiatives have brought tangible business gains for their company's operations.