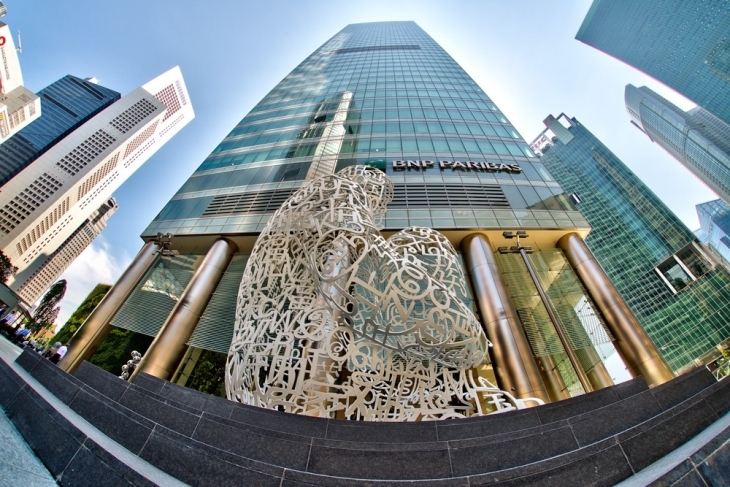 Tenants are resisting rent hikes in the CBD, which rose 1.3% QoQ.

The number of office rentals in Singapore for the first quarter of 2018 dipped by 0.6% QoQ. Even if this still indicates a healthy market, Savills Singapore said that activity is slowing down due to the hike in asking rents.

The average gross rent for Grade A office space in the CBD strengthened for a third consecutive quarter, albeit at a slower rate of 1.3% QoQ. This brought rents to $9.06 per sq ft (psf) per month. The moderate rental growth was seen in the AAA and AA grade office sectors, especially the former where rates had risen quickly - by 6.1% over two quarters - from the last trough in Q2 2017 to Q4 2017.

"However, due to tenants increasing resistance to rent hikes and the widening rental gap between the CBD and outside the CBD, demand for CBD office space may divert to sites on the city fringe and in regional centres, and even in business parks if tenants can meet the qualifications for use," he argued.

The rise in both prices and rents in Q1 comes as no surprise given improved sentiment amongst buyers, landlords and tenants, Cheong noted. "For rents, the healthy pre-commitment by tenants last year helped absorb a substantial amount of space in the new builds. On top of that, the secondary space found replacement tenants in the form of co-working spaces," he said.

"Although quite a few of the operators did not take up prime Grade A office space, they nevertheless soaked up the backfill or secondary space vacated by tenants moving to new builds," Cheong said.

Meanwhile, Savills forecasts that the demand for CBD office space from co-working space operators from 2018 onwards could hit 600,000 sq ft, about half of which will be housed in secondary space. "Consequently, landlords expect the momentum from 2017’s strong take-up to spill over into 2018 and thus have been bold in asking for higher rents," Cheong added.

Moreover, Grade A space rents are also expected to rise given that all parties engaged in the office leasing nexus are vectored positively in their views of their respective businesses. "Already, there is evidence of such optimism as $15 psf has been achieved for partial floor lettings in the Marina Bay area. This may rise to $16 psf by the latter part of 2018," he said.

Cheong concluded that the one thing that the market appears to ignore is that a large portion of rental demand in the past few years and for the rest of 2018 will come from alternative or disruptive-model businesses, which are a long way from registering positive cash flow. "This is a major risk factor, but for now, barring any blowout in the disruptive business economy, we maintain our view that CBD Grade A office rents are expected to rise 10% YoY by Q4," he added.