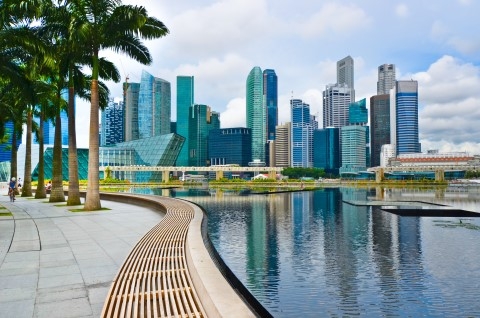 Rental costs for Singapore’s CBD Grade A offices are expected to maintain their positive momentum with rents expected to rise by 10% by the end of 2018 and another 10% by 2019 amidst a tight supply situation giving landlords the confidence to hike asking rents, according to real estate consultant Savills.

Around 800,000 sqft of Grade A CBD office space is expected to be completed in 2018 which will come mainly from Frasers Tower at Cecil Street. However, this supply pipeline represents a massive drop from the 2.25m sqft of office space recorded in 2017.

“The tight supply situation has not been overlooked by landlords and they sought to adjust their asking rents upwards at a faster pace compared with the last few quarters,” Savills said in its Q1 office report.

In fact, Singapore had the fourth strongest Q2 Grade A rental growth across Asia at over 4.1%, trailing only behind Sydney and Guangzhou, according to CBRE. The Lion City also joins tier 1 cities in China, Hong Kong and Japan in regional markets that drove a 22% QoQ increase in net office absorption to 16.8m sqft in Q2.

The growth in rental costs could be argued to have been fuelled by heated market demand eating up the already-limited office stock with the largest deal in Q2 coming from JP Morgan who snapped up 155,000 sqft of office space in CapitaSpring at Market Street.

Other notable transactions include Great Eastern leasing about 125,000 sq ft of space or four floors in Paya Lebar Quarter (PLQ), and NTUC Income occupying 55,000 sq ft across two levels in the same development.

Co-working operator Spaces is set to open five new locations in Singapore by 2019 whilst Hong Kong’s Campfire will take a whole building at 139 Cecil Street for its first co-working facility in Singapore.

For the first half of the year, rents have surged by 3.8% with rents for prime grade offices posting the fastest expansion at 6.4%.

“CBD rents remain on a firm upward trajectory where they are likely to remain over the second half,” Alan Cheong, Savills Research said in a statement.