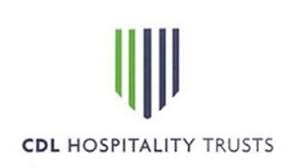 Distribution per stapled security and total distribution faced dips of 11% and 10.6%, respectively.

An increase of 24.1% year-on-year (YoY) to $49.13m for CDL Hospitality's net property income was seen in the group’s latest financial results for the second half of 2021.

The group attributed this performance to a recovery in most of the properties, with the relaxation of travel restrictions, and higher distribution rate of vaccines being the reason for this. This resulted in an NPI of $86.11m for the whole financial year 2021, 24.2% higher than the previous year.

The group recorded a total distribution (after retention) of $52.56m for the said financial year, signifying a dip of 13% from the previous year. DPS also followed with a 13.7% dip to slide to 4.27 cents for the period.

This decline was attributed to a lower capital distribution, which was $4.6m, or 23% YoY lower when compared to the previous year. Distribution also did not move in according with the NPI increase due to a low base effect.

Overall, the group reported an improvement in operations over the quarters, with Q4 2021, in particular, seeing support from staycation demand in Singapore.