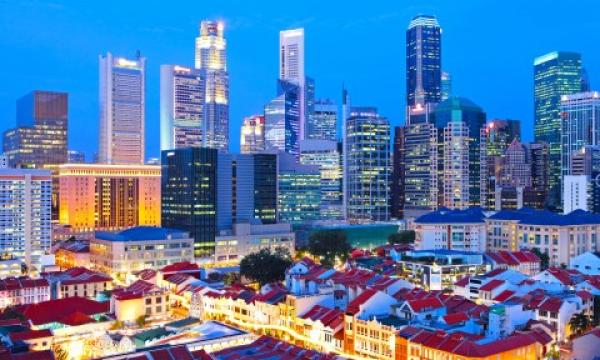 Growth rates are lower and commodities are less able to cushion the blow.

Singapore could emerge far worse when the next global crash hits as four out of the five factors that once protected the city during the Great Financial Crisis have weakened and magnify the impact on the export-oriented city, according to a report from Bain.

“The last global recession has hit Singapore harder than most peers with the change in real GDP,” Bain said in a report.

In 2006, GDP growth rates are around 9%. Like most of its regional peers, however, this has dropped to roughly 3% in 2018 in reflection of the uncertain macroeconomic environment. The current account balance as a share of GDP has also dropped from around 25% in 2006 to roughly 18% in 2018.

Commodities contribution has also dropped, which could render the city more vulnerable to economic shocks. “Current commodity contribution to GDP is lower than 2006. Singapore less impacted as contribution remains relatively low,” Bain said in the report. “This reduced ability to cushion will be likely further impacted by the already declining commodity prices. This decline in prices is true too for Singapore's top commodities.”

Singapore is also increasingly dependent on China where growth rates have declined sharply. From 2% in 1990, the city’s exports to the world’s second largest economy has grown steadily to 10% in 2006 to 12% in 2018.

A separate report from Moody's ranks Singapore as the third most vulnerable country in APAC to Chinese trade decline, trailing behind Hong Kong and Mongolia.